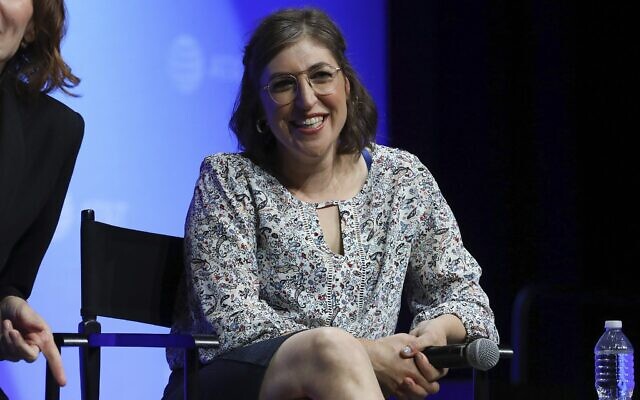 ACTRESS Mayim Bialik must have so impressed the producers of US game show Jeopardy! when she filled in as a guest host back in June that Sony Pictures Television has announced that she will return to host some of the show’s new prime-time specials.

In her new role, the Jewish The Big Bang Theory star will host a new spin-off series, including a college tournament next year.

“Really really honoured and astounded and excited for this – it’s beyond anything I ever imagined could happen,” she tweeted following the announcement.

Bialik added in a video message, “I am a second generation American and my grandparents were immigrants … my mother’s parents in particular … never had a command of the English language.

“It’s a tremendously bizarre and humbling and surreal experience to see that in the time that my grandparents fled Eastern Europe until now, how much has changed in my life.” 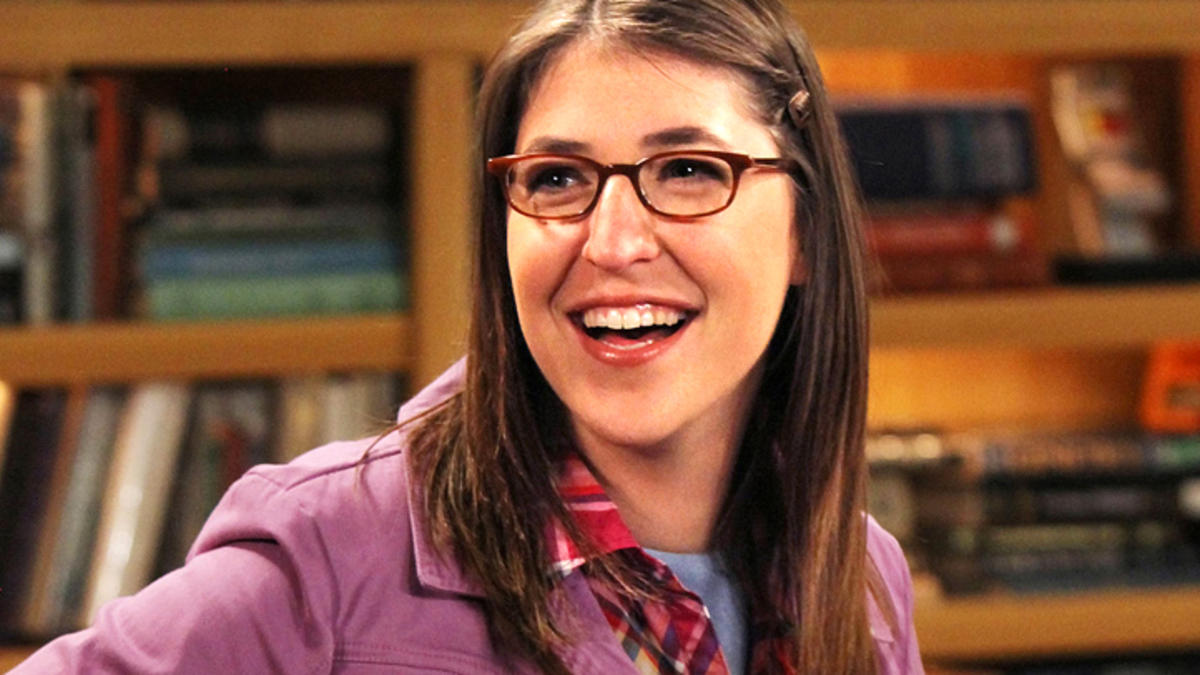 Bialik also told the Hollywood Reporter, “What started out with my 15-year-old repeating a rumour from Instagram that I should guest host the show has turned into one of the most exciting and surreal opportunities of my life!”

In honour of the news, here are 10 Jewish facts about this incredible Jewish mum:

1. She is a second-generation Jewish immigrant.
Like many Ashkenazi Jews in the United States, Bialik’s grandparents immigrated from Poland, Hungary and then-Czechoslovakia. Given her accomplishments as a scholar — she has a PhD in neuroscience from UCLA — and a public figure, we can only imagine the immense pride and joy her grandparents would feel over her accomplishments today.

2. Her name has many layers of Jewish meaning.
Bialik’s full name — Mayim Chaya Bialik — carries serious Jewish meaning. Her first name, Mayim, means “water” in Hebrew. (She’s named after her grandmother, Maryam, who was known as “Bubbe Mayim.”) Her middle name, Chaya, means “alive” in Hebrew; it shares the same root as “chai” or “life.” As for her surname, Bialik is a distant relative of the pioneering modern Hebrew poet Hayim Nahman Bialik. 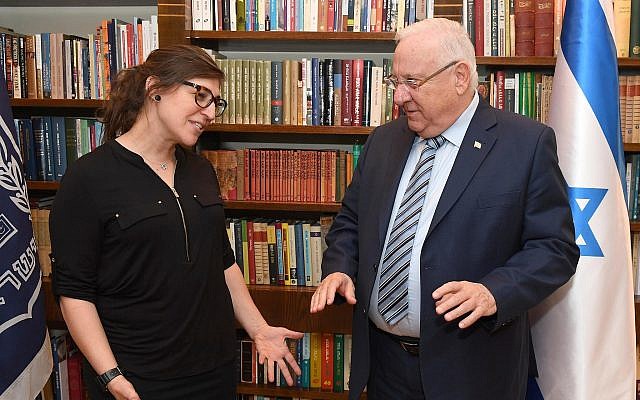 5. Education is one of her core values.
One of the reasons Bialik is so perfect for the Jeopardy! job is that, in her own words, she has dedicated her life to “knowing things and to being able to communicate things”. Education is deeply valued in Jewish culture. What’s more, as an undergrad at UCLA, Bialik minored in Hebrew and Jewish Studies — so Jewish education has always been part of her many ambitions.

6. She was active in Jewish life during college.
Bialik was also active in Jewish life outside the classroom during her years at UCLA. She was a student leader of Hillel, she founded a women’s group to honour Rosh Chodesh, as per tradition, and she blew the shofar during High Holiday services. She also conducted and wrote music for UCLA’s Jewish a cappella group.

7. Jewish holidays are very important to her.
Bialik makes a point to teach her fans all about Jewish holidays. She recently made a series of six videos for Kveller called You Know How I Know: Jewish Basics With Mayim Bialik, covering Rosh Hashanah, Yom Kippur, Succot, Chanukah, Purim and Passover. These short, fun videos are meant to teach viewers about the key elements of each Jewish holiday (with Bialik’s special flair, of course).

9. She has a very Jewish bedtime ritual for her kids.
Bialik’s sons — Miles, 15, and Frederick, 12 — are being raised with many Jewish rituals, including singing the bedtime Shema prayer before bed. Even as her kids grow older, “I still try to sing the Shema to them,” she said in 2019. “And I remember that I used to watch their eyes shift from blinking, to heavy lids, to closing and fluttering, to closing completely for the night, when I used to pray for their souls to be watched over as they slept.”

10. She is passionate about mental health.
Bialik has been a longtime advocate for mental healthcare. During her Jeopardy! guest-host stint, she raised funds for the National Alliance on Mental Illness (NAMI), where she has referred friends for many years. Mental health advocacy is tied to many Jewish values, including the Talmud passage “Kol yisrael arevim zeh bazeh”— which means “all Jews are responsible for one another” — as well as “pikuah nefesh”, the Jewish value of saving a life. What’s more, Bialik’s podcast, Mayim Bialik’s Breakdown aims to break down “the myths and misunderstandings about mental health and emotional well-being” according to Spotify, while “removing the stigma surrounding mental health”.

WITH JTA VIA KVELLER