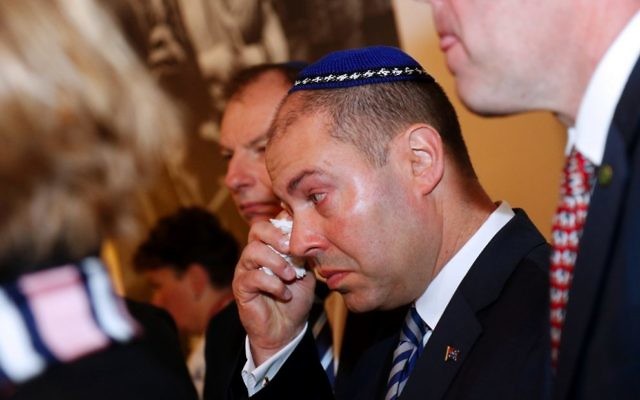 Treasurer Josh Frydenberg announced on Wednesday night that the JHC has been provided with $10 million to help it “reach even more Victorians and people from around Australia and the world”.

The money will be made immediately available to the JHC, not as a promise as part of the upcoming federal election.

The JHC, which provides education programs to around 23,000 Victorian school students annually in addition to a variety of other groups, will be able to double capacity and cater for more education groups.

The centre also plans to redevelop, prioritising an enhanced and enlarged permanent exhibition on the Holocaust; a dedicated children’s museum; flexible learning spaces to allow for greater use of new technologies and to facilitate different learning styles; increased contemplation and memorial spaces; a dedicated special exhibitions gallery; and an expanded library and resource facility.

“It’s incumbent on every Australian to learn about the Holocaust and say never again,” Frydenberg told The AJN on Wednesday.

“The Holocaust Museum plays a vital role in educating the community at large about this terrible episode in world history and the importance of ensuring tolerance and respect for our fellow citizens.”

JHC director Jayne Josem welcomed the announcement, commenting, “With this transformational federal funding, we will be able to further grow the vision of our survivor founders with vastly improved resources and deliver on our promise to teach the vital lessons of the Holocaust to future generations.”

The grant is in addition to the $16 million the JHC is raising for the planned new building.

“We are working hard to raise the full capital needed to build our new building and we are grateful to the wonderful donors who have already indicated they will support the redevelopment. This fundraising effort is ongoing,” added Josem.

“This is an excellent announcement by Josh Frydenberg,” he said.

“The Holocaust Centre’s work is more important than ever and I welcome the support.”