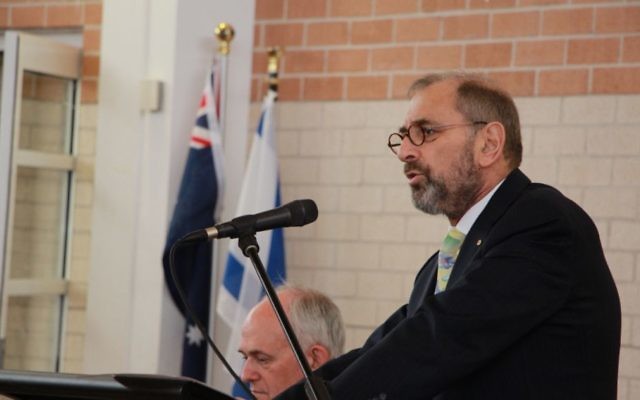 THE issue that dominated debate at the Executive Council of Australian Jewry’s (ECAJ) 2016 conference on November 27 was what stance ECAJ should take in its submission to the parliamentary inquiry into freedom of speech.

ECAJ executive director Peter Wertheim said at the conference, held at Sydney’s Moriah College, “we can’t be sure what the consequences are” of Liberal Senator Cory Bernardi’s call to remove the terms “to offend” and “to insult” as offences under Section 18C of the Racial Discrimination Act (RDA).

But he stressed that similar legislative reforms introduced in Canada in 2013 “had an adverse impact on the Canadian Jewish community”.

Jewish federal Liberal Member for Berowra, Julian Leeser, made an impassioned plea to ECAJ, and to all Australian Jews who want to see Section 18C maintained, to write a submission by the deadline of December 9.

“This is the time to stand up and have your say,” Leeser said.

After an hour of discussion, departing ECAJ president Robert Goot said the mood of the meeting was that “there should be no change whatsoever to Part 2A of the RDA”.

“Further, in my view, I think it would be a huge mistake to advocate a fallback position,” he said.

“If we are serious about safeguarding Section 18C, we must nail our colours to the mast firmly.

“We should encourage the Jewish community to do so also. It is a campaign we have to win.”

The findings of ECAJ’s annual report on anti-Semitism were presented by researcher Julie Nathan, who confirmed a 10 per cent increase in anti-Semitic incidents [from 190 to 210] logged by the Community Security Group.

Of those, assaults increased by 50 per cent, but incidents involving abuse, harassment or intimidation decreased by 29 per cent.

Nathan noted a large increase of incidents of vandalism, hateful emails and anti-Semitic leaflets – the latter peaking in the lead-up to Ku-ring-gai Council’s approval for the St Ives Eruv in northern Sydney.

Australia’s national broadcaster, the ABC, was also noted in the report for continuing “to allow itself at times to be a conduit of anti-Semitic expressions and images, particularly on its Facebook pages for Q&A and ABC News”.

In delivering his final president’s report, Goot said that despite meetings with ABC executives, “The issues which have arisen appear to have gotten bigger, and appear to be systemic and rooted in the ABC’s culture.”

Goot said another important task ahead for ECAJ includes securing government funding assistance to offset the costs of security of Jewish communal institutions.