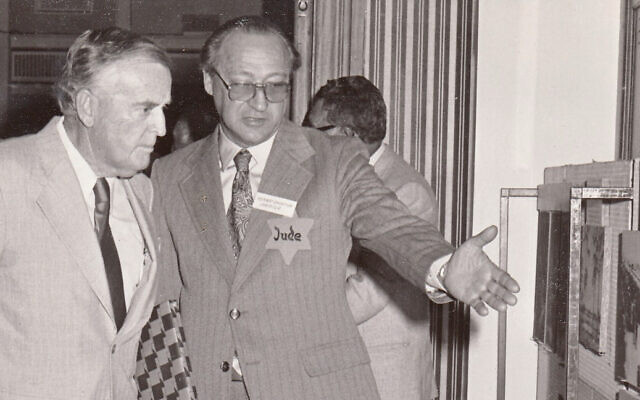 JUST days after the federal government announced it will provide $3.5 million to build a Holocaust museum in Brisbane, its importance was underlined when a Queensland election poster was defaced with a swastika.

Announcing the funding last Wednesday, Education Minister Dan Tehan said the museum would allow students, teachers and adults to understand and study the Holocaust and hear eyewitness accounts from survivors.

“It is critical that people of all ages, and particularly our young people, learn about this dark period in world history,” he said, adding it will “highlight the impact of racism in a historical and current context”. 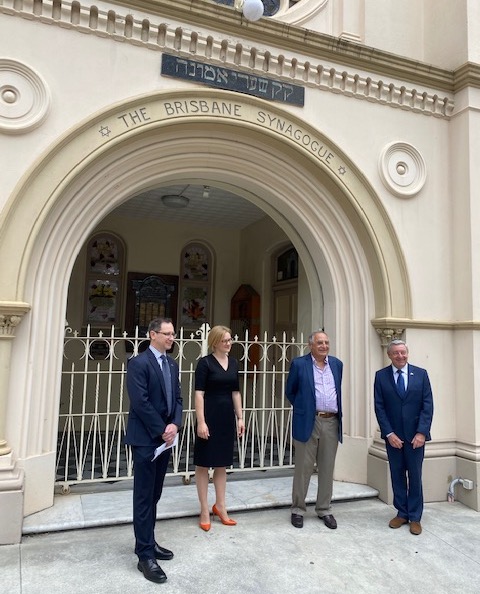 “The Holocaust museum would ensure generations of Queenslanders can learn about the past to prevent discrimination and prejudice in the future,” he added.

“It is said that those who don’t know their history are doomed to repeat it,” she said.

The state’s Liberal National Party (LNP) has pledged to match the grant if it wins Queensland’s October 31 election. LNP Leader Deb Frecklington said it’s important to memorialise the millions murdered in the Holocaust and educate the public “to ensure the horrors they suffered serve as lessons for future generations”.

The AJN approached Premier Annastacia Palaszczuk to ask if the Queensland government would match the pledge if re-elected, but didn’t hear back by press time.

Queensland Parliamentary Friends of Israel Chair Steve Minnikin added he was “deeply moved” when he visited Yad Vashem in January.

“Incidents of antisemitism and racial vilification are growing in Queensland, with right-wing extremist groups targeting our communities,” he said, describing the graffiti, which was scrawled on a poster belonging to Labor MP Jackie Trad, who is not Jewish, as “disgusting”.

“It brings into sharper focus the need for a permanent Holocaust museum and education facility so all Queenslanders can learn about what this symbol really means and the evil it represents,” he said.

Steinberg conveyed his appreciation to the federal government and state opposition for their support.

Shoah survivor and long-time advocate George Stein, 93, organised Queensland’s first Holocaust exhibition in 1982, which had then-premier Joh Bjelke-Petersen as patron and was attended by more than 10,000 people.

He said the announcement of a permanent museum was “wonderful news”.

“As the number of survivors decreases every year, a memorial to all the victims is very important,” he said.

“For all Queenslanders and visitors to have the opportunity to hear and learn about the Shoah is vital for future generations. We must never forget what happened.”

The high-tech and modern museum, to be situated as close to Brisbane’s CBD as possible, will gather objects and stories from survivors and their families, especially from Queensland. Other genocides will also be highlighted in its educational programs.

Yad Vashem has offered to provide resources to the new centre.

Executive Council of Australian Jewry co-CEO Alex Ryvchin said, “This is an achievement that will have a profound impact on Jewish life in Brisbane and on the teaching of tolerance for many years to come.

“[QJBD president] Paul Myers, Jason Steinberg and the entire community should be immensely proud and the many supporters in government who championed this have our deep gratitude.”