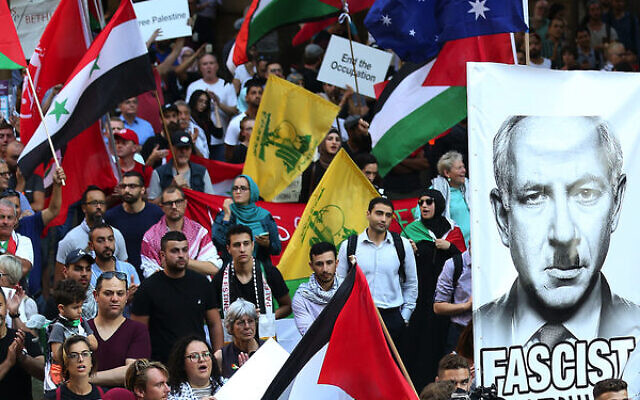 The figures were revealed in documents obtained this week by the NSW Labor Opposition through Police Budget Estimates, in response to formal questions on notice from NSW Shadow Minister for Police and Counter Terrorism Walt Secord.

“These figures are absolutely shocking and these flags represent total evil. Those who fly or display these flags hate everything a fair society stands for,” said Secord.

The worst year for ISIS/Islamic State and Hezbollah flag activity was 2015, with 142 and 14 reports respectively.

“NSW Police should have to power to arrest and detain anyone carrying these flags,” Secord said.

Secord called on the Attorney-General to look at ways to respond to those carrying ISIS flags in NSW.

“Any idiot carrying an ISIS flag should be locked up,” he said.

“The black flag represents nothing but incitement to violence against Christians, Jews and other minorities. Other than a film or for academic purposes, I do not see a reason for any public display of a black flag in NSW.”

“Make no mistake,” he added, “these flags are evil recruitment tools.”

In April, the Australian Federal Police said it wanted to see the government banning ISIS flags from being publicly displayed.

The federal government announced last week that the entirety of Hezbollah would be proscribed in Australia as a terrorist organisation in line with a number of other western countries.