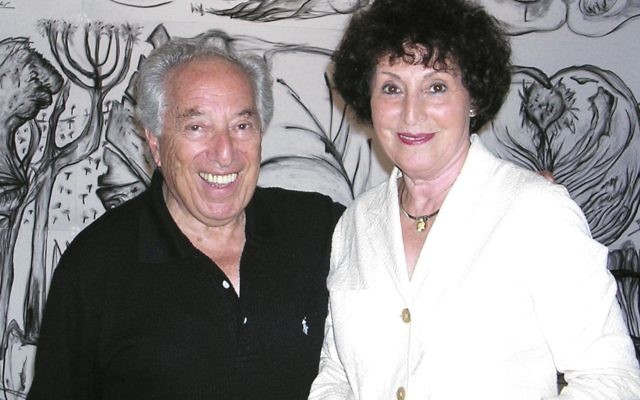 MORE than 1000 people attended the funeral of Holocaust survivor, communal philanthropist and family man Nathan Werdiger, who passed away on his 93rd Hebrew birthday on December 27.

Werdiger was best known inside the community as a major benefactor of the Yeshivah Centre and other Jewish institutions across the world, and in the broader community as a property magnate who established Juilliard Corporation.

But to those who knew him best, he was a family man who was married to his wife Nechama for 63 years, had five children and 28 grandchildren.

“I cry for the fact that he won’t be there so that we can only talk about the positive aspects of life and never linger on what could or might have gone wrong,” Zvi Elbert, husband of Werdiger’s granddaughter Dvora, wrote in an email to the family that was released to The AJN.

“Yet I smile for the memories that I will forever cherish of a man who rebuilt himself, his family, his town and the spirits of everyone who he knew.

“I remember the heart that was so big that our little ones responded so warmly to him despite sometimes being so scared of others.”

One of his daughters told The AJN that Werdiger’s passion was education. “He believed that everyone should have the opportunity to have a Jewish education and live a Jewish life,” she said.

“He was very proud of his religion and everyone that he dealt with knew that he was an Orthodox Jew and would cater to his kashrut because that was him – he would not compromise his Yiddishkeit for anything.”

Born in Poland, Werdiger survived two of the most notorious concentration camps during the Holocaust, Auschwitz and Buchenwald. He immigrated to Melbourne in 1949 and married Nechama in 1952.

A Yeshivah Centre spokesperson said that Werdiger was a longstanding and devoted congregant of the Yeshivah shul and a major benefactor of the centre over many years.

“His passing has left a huge void in our community,” the spokesperson said.

“He was a generous philanthropist to a range of Jewish causes both in Melbourne and around the world, with particular emphasis on Jewish education – Yeshivah and Beth Rivkah Colleges in particular, and was a father, grandfather and great grandfather to children in our schools.”

“We extend our heartfelt condolences and sympathy to his dear family.”