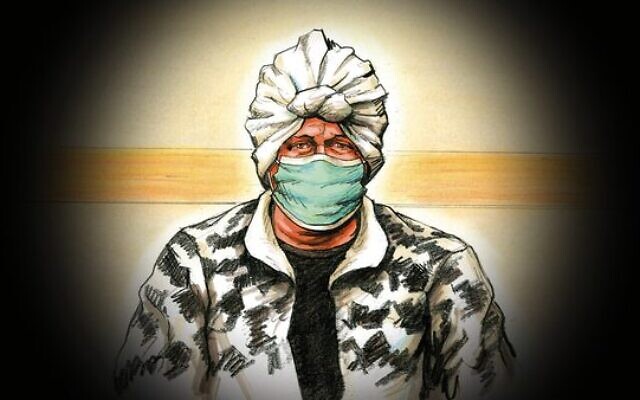 A sketch of Malka Leifer at a Melbourne court appearance in January.Image: Nine

■ ECAJ calls for a review of the legal status of Hizb ut-Tahrir after a hate-filled rant from 2017 appears on YouTube in which the group’s leader in Australia, Ismail al-Wahwah, rails against the US recognising Jerusalem as Isael’s capital, and threatened Jews and moderate Arab leaders proclaiming, “The very knife with which you cut Palestine … will sever your heads.”

■ In a landmark development, after more than 70 court dates, Malka Leifer is ordered by the Jerusalem District Court to be extradited to Australia to answer charges relating to alleged child sexual abuse at Melbourne’s Adass Israel School.

■ The federal government announces $3.5 million in funding to build a Holocaust museum in Brisbane and a $2.5 million grant for the Adelaide Holocaust Museum And Steiner Education Centre.

■ Budget papers reveal the federal government’s annual contribution to the UN Relief and Works Agency for Palestine Refugees in the Near East (UNRWA) has been halved to $10 million.

■ Australian Holocaust survivors express relief at Facebook’s decision to ban any posts that deny or distort the Shoah.

■ Accolades flow for Vic Alhadeff when the longtime NSW Jewish Board of Deputies CEO announces he will step down in 2021.

■ The Australasian Union of Jewish Students accuses the University of Sydney SRC of “gaslighting the Jewish community” after it passes a resolution opposing the suspension of Jeremy Corbyn from the UK Labour Party. Action had been taken against Corbyn after he disputed an Equality and Human Rights Commission report that found the party responsible for unlawful acts of harassment and discrimination over antisemitism.

■ A groundbreaking ceremony heralds the start of construction on the new Jewish Holocaust Centre in Elsternwick.

■ Greens foreign affairs spokesperson Senator Janet Rice tells The AJN her “timing was clumsy” when she attacked Israel in parliament during a motion marking 25 years since Yitzhak Rabin’s assassination.

■ The German government issues an historic apology 82 years after snubbing Yorta Yorta man William Cooper and a delegation from the Australian Aborigines League who had marched to Melbourne’s German consulate to lodge a petition against Nazi persecution of Jews on Kristallnacht.

■ After just five weeks in the post, Andre Oboler announces he is stepping down as president of the JCCV amid reports of tension with members of the executive.

■ Israel’s diplomatic corps in Australia describes accusations that Israel is withholding COVID vaccine supplies from the Palestinians as “another brick in the anti-Israel propaganda”.

■ Over a decade since leaving Australia for Israel, former Adass Israel school principal Malka Leifer arrives back in the country to face 74 charges relating to alleged child sex abuse at the school. Hours later, she appears by video link before a remand session of the Melbourne Magistrates’ Court.

■ The Sydney Jewish Museum announces it will use cutting-edge technology to record the testimonies of six survivors for an interactive hologram-style display,

■ At the Australian Open, Aslan Karatsev, a Russian-Israeli tennis player ranked 114 in the world, faces off against world number 1 Novak Djokovic in the semi-final. The Israeli goes down to Djokovic 6-3, 6-4, 6-2.

■ Reports emerge of a neo-Nazi gathering in the Grampians National Park in western Victoria, prompting condemnation from political and communal leaders.

■ The Sydney Beth Din declares “an opportunity for real collaboration has been lost” after a NSW Jewish Board of Deputies working group formed to advise it on reform in the wake of contempt of court findings releases its report. The two organisations reconcile later in February, saying their discussions have been “very positive”.

■ With the first Aussies receiving their COVID vaccinations, Jewish medical experts urge the community to “get vaccinated”. 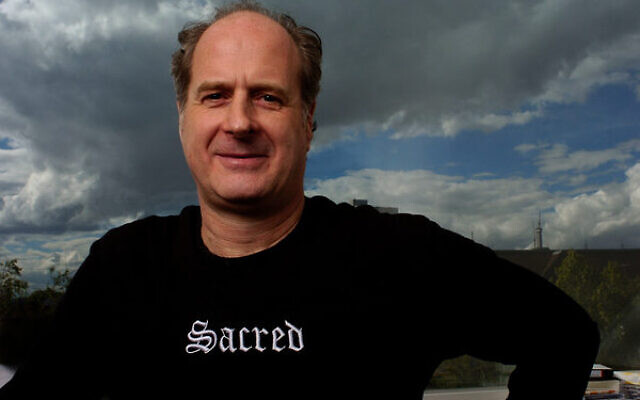 ■ Bondi Beach is defaced with swastika graffiti in what is described as a “reprehensible act of vandalism”. Meanwhile, publicly displaying Nazi symbols could soon be banned in Victoria following recommendations from a state parliamentary committee.

■ The Jewish community and Australia’s music industry mourns the untimely loss of Michael Gudinski at 68. For five decades, the acclaimed entrepreneur shaped Australian popular music more than any other figure.

■ Shadow foreign minister Penny Wong assures that “Labor always has been and remains a strong friend and supporter” of Israel” as the ALP’s 2018 resolution calling on the next ALP government to recognise Palestine is included in the party’s platform.

■ Former Moriah College financial controller Gus Nosti is found guilty of having stolen more than $7 million from the school over more than a decade.

■ As Israel relaxes border restrictions to allow Jewish teens to travel to the country for gap-year programs, 18 young Aussies finally embark on their delayed trips.

■ Jewish Australians mourn the death of communal titan Isi Leibler, whose leadership positions included four terms as president of the Executive Council of Australian Jewry. He is lauded for his bold work in the 1980s to help gain freedom for Soviet Jewish Prisoners of Zion.

■ Darren Bark is appointed as the new CEO of the NSW Jewish Board of Deputies.

■ Australia Post pulls a world globe from sale at its outlets and apologises after The AJN alerts it to the fact that Israel is labelled as “Palestine”.

■ Jewish Australians watch with increasing alarm as the latest conflagration between Israel and Gaza escalates. As the conflict rages, anger grows in the Jewish community about how the mainstream media is covering events. While thouands flock to pro-Palestinian demonstrations in city centres. communal leaders come under fire for holding Israel solidarity rallies away from the public gaze.

■ A motion proposed by the WA branch of the Liberal Party to disavow any push towards the unilateral recognition of a Palestinian state is adopted by the party’s federal council.

■ Australia condemns a move by the anti-Israel UN Human Rights Council to launch a permanent inquiry into alleged Israeli human rights violations and war crimes after the Israel-Gaza conflict in May.

■ The Sydney Jewish Museum receives $6.25 million from the NSW government to go towards a new three-storey education building and temporary exhibition spaces.

■ As an apartment tower collapses in Miami, the Australian Jewish community is urged to pray for a miracle after it emerges that Tzvi and Itty Ainsworth, a couple who lived in Australia for nearly two decades and who have family here, are among those missing. As the search continues, the couple are tragically confirmed among the dozens of victims.

■ The ABC’s complaints process comes under fire after a one-sided edition of Q&A on the Israel-Gaza conflict. ECAJ and the national broadcaster are at odds over the communal roof body’s claim that the ABC apologised over its coverage of the conflict.

■ Jewish Sydneysiders brace as COVID slams into the city, pushing NSW into a long-running lockdown. In the following weeks, Melbourne enters its fifth and sixth lockdowns. 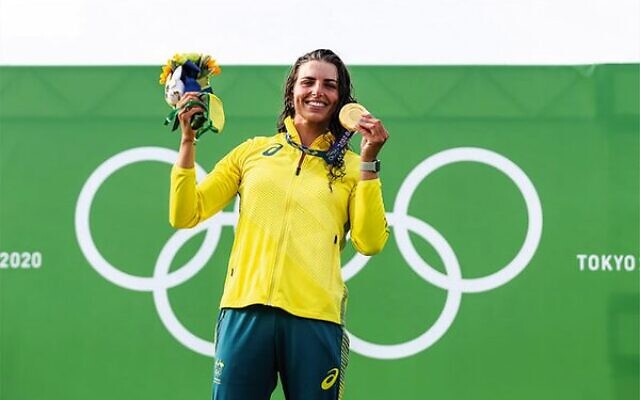 ■ Self-made businesswoman and philanthropic stalwart Millie Phillips passes away at the age of 92. Tributes describe her as “a passionate supporter of our community” and “a formidable personality”.

■ The NSW-based Kashrut Authority removes Ben & Jerry’s ice cream from its directory after the company announces a boycott of the West Bank. Kosher retailers in Melbourne announce they will no longer sell Ben & Jerry’s products.

■ A new initiative between the Zionist Federation of Australia and United Israel Appeal will offer up to $10,000 to Israel gap year participants, it is announced.

■ Addressing an ECAJ forum, ALP leader Anthony Albanese condemns antisemitism, the anti-Israel boycott and apartheid slurs against Israel. But he fails to clarify the conditions under which Labor in power would recognise a Palestinian state.

■ There are high hopes for Australian Jewish athletes – Jessica Fox, Steve Solomon and Jemima Montag –to make an impact at the Tokyo Olympics. Fox ultimately scores a bronze medal in the K1 Women’s Single Kayak final, and makes history as the first Jewish Aussie to bring home a gold medal, with her victory in the C1 Women’s Single Canoe Slalom.

■ Amid rising fees and a declining birth rate, a landmark discussion document, Re-thinking the Future of our Jewish Schools, calls for an urgent conversation to address a predicted exodus of Jewish students to government schools over the next 20 years.

■ Human rights lawyer and former federal Greens candidate Julian Burnside sparks outrage by comparing Israel’s treatment of the Palestinians to the Nazis. He apologises but then goes on to restate the comparison.

■ Rabbi Marcus Solomon becomes the first Orthodox rabbi to grace the bench of an Australian Supreme Court when appointed a judge of the Supreme Court of WA.

■ The community marks 20 years since Malki Roth was killed in the Sbarro bombing in Jerusalem, as her family continues its campaign to bring her killer to justice.

■ More than a decade after it first purchased the site, construction of Sydney’s new Hakoah Club can finally get underway at White City, following approval from the Land and Environment Court.

■ The community is urged to stick to lockdown restrictions after breaches make national headlines.