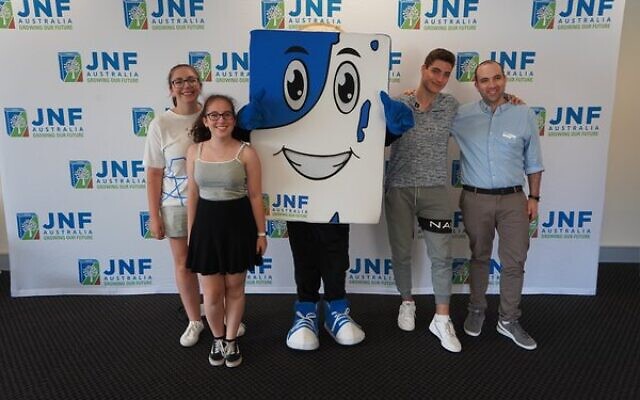 In 2021, JNF continued to ensure a sustainable Jewish homeland, with a focus on developing the Negev. As Chanukah approaches, we are reminded of the many miracles that have occurred over the last year:

JNF is gratified by the tremendous response to its second Virtual Gala marking its 120th anniversary. The community’s generosity will enable the development of Ramat Herzl, a pioneering new community. Located near other key JNF projects, it forms part of an emerging hub of innovation and education in Israel’s southern periphery.

Reflecting on JNF’s 120th birthday, CEO Dan Springer said, “As the first organisation set up by the Zionist movement to realise Herzl’s dream of a Jewish State, JNF laid its infrastructure, built its communities, greened its countryside and witnessed its birth … while also turning to Ben Gurion’s vision of a thriving Negev. This will continue to be the focus of JNF Australia, applying 21st century technologies to support the growth of existing Negev communities and the creation of new ones, such as Ramat Herzl.”

JNF continues to give back locally through Zionist education, where the JNF Education team will visit youth movements at summer camps to inject a dose of Israel awareness. JNF is also thrilled to announce that the JNF Educators Study Tour will take place in January 2022, where over 40 educators will be join by 20 teachers from South Africa to visit Israel for an immersive cultural and professional development experience.

The annual JNF Green Sunday Telethon, which aims to raise funds for security planting in Israel’s vulnerable Southern communities, will take place on Sunday, February 6 2022. JNF is calling on all year 9-11 students to participate in the Green Sunday Telethon – a special day of fun, community and solidarity which will help secure and sustain Gaza border communities.