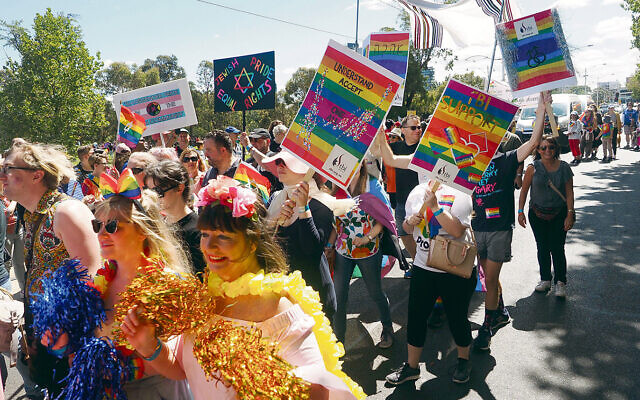 THE largest ever contingent of Jews of Pride brought song, dance and festivity to the Midsumma Pride March held in St Kilda earlier this month.

“There was such an electric atmosphere,” reflected Aleph’s Michael Barnett, adding, “It was an excellent representation of the Jewish community, and showed support for LGBTQI inclusion, acceptance and was a celebration of our diversity which brought together the community in a way that I haven’t seen before.”