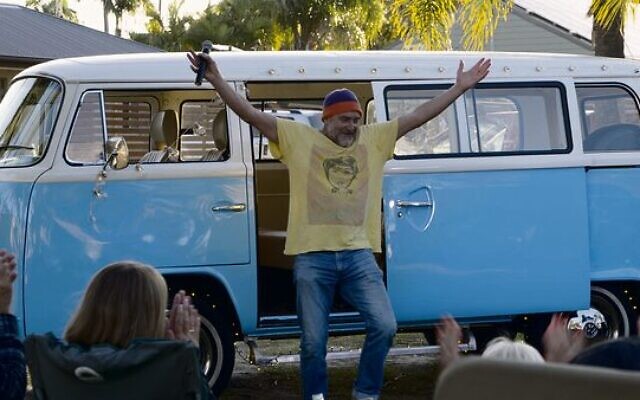 What do you get when you cross a comedian with camping in Australia? Hilarity, that’s what. Jimeoin has been touring for 30 years, selling out shows and making audiences cackle with laughter across the country. But he has always wanted to try his hand at camping, so that’s exactly what he has done.

Waltzing Jimeoin is the tour the comedian has always wanted to do, and while watching, you really get a feel for why it was such a wild ride – Jimeoin is hanging out on holiday with his mates. And amazingly, it was filmed over a tumultuous year in Australia, with COVID-19 lockdowns plaguing the country.

Josh Butt, a Mount Scopus College graduate and former president of AUJS Victoria, is one of the show’s producers. An award-winning producer of television, branded content, commercials, and podcasts, Butt always wanted to go back to comedy.

“When I was truly happy, I was making comedy,” Butt told The AJN. “That was performing, writing and producing.”

Throughout the show, Jimeoin discovers new and exciting places around Australia, while staying and performing at G’day Parks. But for the production crew, it wasn’t as easy as hopping in a car to get the perfect shot. 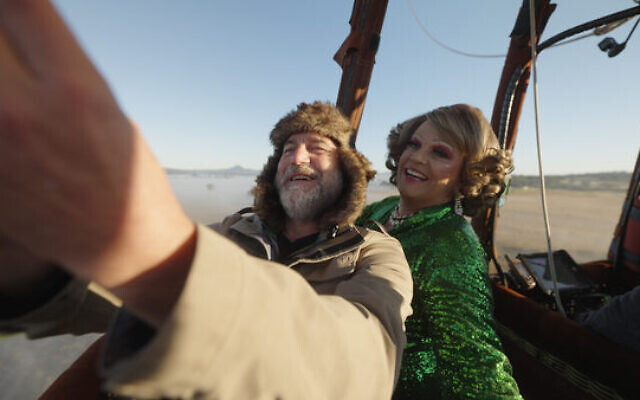 Butt said it was a miracle the show could be filmed in COVID times, and when asked when the filming actually took place, he simply said: “Pick a lockdown starting, we were there.”

At one stage, the director of photography Jim Hare was stuck in the Sydney lockdown, unable to leave, and series producer Tom Abood was 400m on the right side of an LGA of concern border but had to drive to Jimeoin who was in Byron at the time.

“It was unbelievable, wherever Jimeoin needed to be, he was there and fine,” Butt laughed. “And he’d be like, where are you guys?” 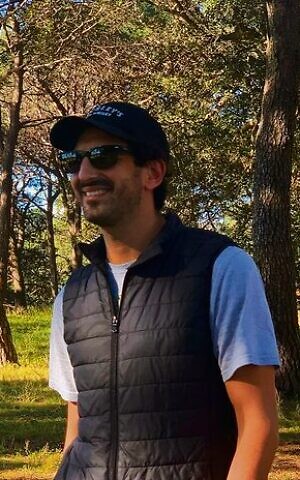 While it was challenging to maintain a COVID-safe production and impossible to predict when borders would close, the crew managed to film, very cautiously of course, only shutting down production once. This meant schedules were constantly juggled with one schedule created in the morning and then a different one made in the afternoon.

Despite the challenges, Butt said Jimeoin shared some incredible experiences, from hot air ballooning in Brisbane to sailing in the Whitsundays and signing a guitar to hang in the National Guitar Museum in Tamworth. There was even a time when Jimeoin was forced to go sailing for a couple of days because the schedule changed. Butt also told The AJN about Jay Wymarra, a Torres Strait Islander, who sang a version of Waltzing Matilda in his traditional dialect, which was a beautiful moment.

And best of all, it’s not just a television show. While the tour and show were being filmed, the production crew was also recording the conversations happening in the car between the comedians.

This has been turned into a long-form podcast so really, it’s a two-for-one comedy deal for viewers and listeners.

As Jimeoin says in the trailer for the show, “It’s the by-product of being in nature that you get good conversation,” and, of course, good laughs.

Waltzing Jimeoin is now showing on Channel 10 and streaming on 10Play. The podcast is available on Spotify.