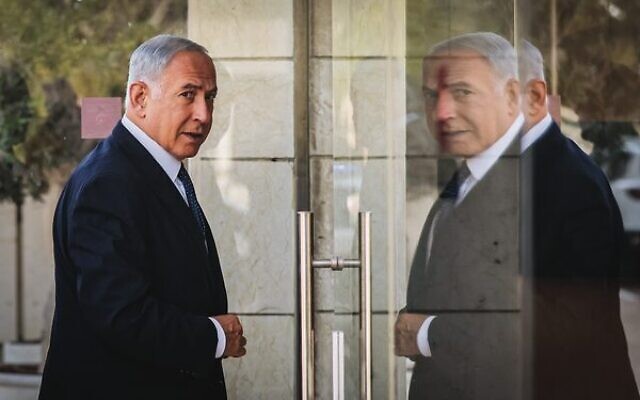 The Israeli election saw Likud’s Benjamin Netanyahu see off Prime Minister Yair Lapid of Yesh Atid. However, Netanyahu’s easy path to a 64-seat coalition with far-right and Charedi parties belied the closeness of the popular vote between the opposing blocs thanks to a whopping 34.5 per cent increase in the Arab vote.

In the last election in March 2021, the anti-Bibi parties, including the non-Zionist Arab-centric Ra’am and Joint List – got almost 84,000 more votes than the pro-Bibi bloc (including Naftali Bennett’s Yamina, then still part of the pro-Bibi bloc).

In this election, the same anti-Bibi parties trailed the pro-Bibi bloc by only around 30,000 votes.

This happened despite the fact that the anti-Bibi vote increased by 5.2 per cent overall, again owing to the surge in the Arab vote. Yet they fell short because votes for the pro-Netanyahu bloc rose by 10.8 per cent.

The aggregate vote for the backbone of Lapid’s bloc – that is, the Yesh Atid, National Unity, Yisrael Beitenu, Labor and Meretz parties – actually decreased by 0.82 per cent.

It’s not surprising that Lapid’s camp struggled, since the same infighting that brought down their unity government continued through the campaign. Meanwhile, pro-Bibi voters were organised and motivated to take back political power.

Persistent terrorism – the worst wave since 2015, including two attacks right before election day – was always likely to nudge voters to the right.

The Arab riots in mixed Jewish and Arab cities like Ramle, Lod and Akko in May 2021, together with increased Arab lawlessness in the Negev and elsewhere, likewise bred fear and resentment. Many Jewish Israelis also found the unity government’s dependence on the Islamists of Ra’am difficult to swallow in a time of heightened tension.

Even so, the vote differential between the Netanyahu and Lapid blocs was close enough that it could have resulted in another hung parliament. Lapid’s undoing was the wasted votes that went to Meretz and Balad – parties that failed to cross the 3.25 per cent electoral threshold. Had Meretz received a scant 3800 more votes, and Balad not split with the Joint List, we might now be on our way to a sixth election, with Lapid staying on as caretaker PM.

Before the election, Lapid himself conceded that a new anti-Bibi unity government was unlikely, since this time there would be no moderate religious or right-wing party leader like Naftali Bennett prepared to cross the aisle and bring enough seats to provide a Knesset majority.

Yamina faded away because most of its voters felt angry and betrayed by Bennett’s decision to lead the unity government. No doubt Bennett had hoped that his voters would come around and stick by him but it didn’t happen. So when the government fell, Bennett read the room and announced he would take a break from politics.

His long-standing political partner, Ayelet Shaked, tried to woo supporters back, now to Jewish Home, apologising for past mistakes and vowing to support Netanyahu. Yet only 56,000 voters followed her.

From the election results, we can see that most of Yamina’s former voters chose the party of Smotrich and Ben Gvir even though they had previously rejected them.

As prominent Israeli Modern Orthodox educator Rabbi Chaim Navon wrote in Yedioth Ahronoth just before the election, “We once voted for our party. Today we’ll vote for the least bad party.”

Another big story of the election was the success of the Sephardic ultra-Orthodox Shas party, which increased its vote by 24 per cent mainly by promising support for lower income households.

Sadly, the new Knesset will have just 28 women MKs, down from 35, and only nine in the likely new governing coalition, down from 30 in the previous government. It’s a significant step backwards for gender equality.

For better or for worse, Israel has ended the cycle of political instability that led to five elections in four years.

With the results in hand, we know how we’ve arrived at Netanyahu’s impending coalition, but what does it mean for Israeli society and its place on the world stage?

In the past, Netanyahu had largely avoided making purely right-wing and religious coalitions, but this election result offers scant alternatives.

In his determination to return to power, he allowed Smotrich and Ben Gvir’s extreme fusion of nationalism and religion to flourish within his camp.

Now it will be difficult to govern with the rogues’ gallery of Otzma Yehudit MKs likely to exploit their new privileges to increase their provocations.

Ahron Shapiro is a senior policy analyst at the Australia/Israel & Jewish Affairs Council.