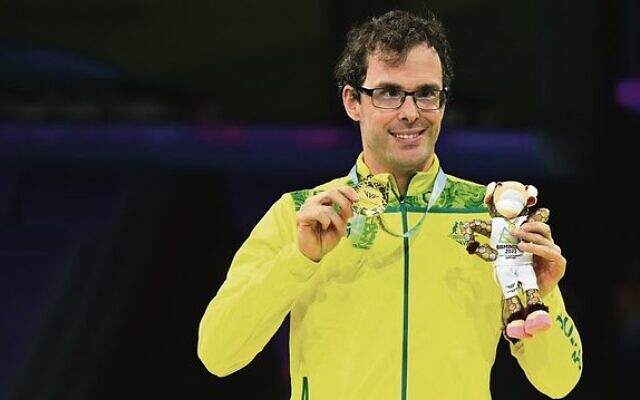 MATT Levy OAM signed off in style, winning his last ever race to claim the gold medal for Australia at the Commonwealth Games.

The five-time Jewish Paralympian finished first in the 50m freestyle S7 event in Birmingham, fighting off a strong challenge from Singapore’s Wei Toh.

Levy announced before the race that it would be his last at an elite level for Australia.

The 35-year-old, who has cerebral palsy and a vision impairment, competed at his first Paralympics in 2004 and went on to win three gold, one silver and six bronze medals in the Games that followed.

He retires as one of Australia’s great Paralympians.