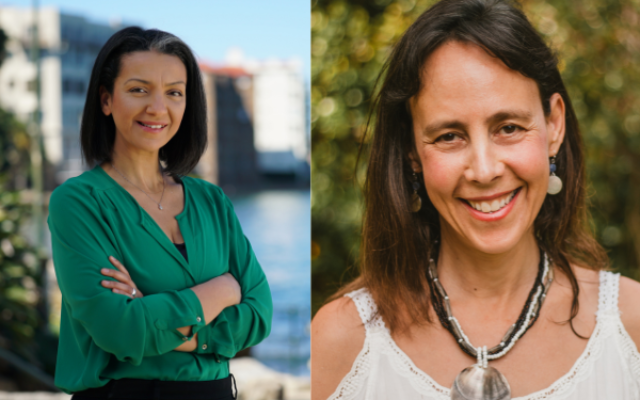 Shelley Davidow was desperate to get out of South Africa where, as she describes in her book Runaways, “jobs were scarce, inflation was rampant and violence was indiscriminately everywhere”.

While chatting to The AJN, Davidow described a situation where a good friend of hers, a black journalist who was writing about education, was shot dead by the secret police while on his way home to Soweto.

“I didn’t want to live in a country where people died for their words,” she said.

Davidow and her husband Paul travelled from Africa to America and then to London where they found themselves 300 pounds away from nothing. Then Paul was offered a job in Qatar. And Davidow’s life changed forever.

Davidow, who is described as an Ashkenazi South African Jew now living in Australia, found herself teaching at the University of Qatar. In the course, phonetics and phonology, she met Shaimaa Khalil.

Davidow, who refers to Khalil as her Rosetta Stone, the person who would help unlock what she described as “the alien world” and in time part of her soul, also acknowledged that from the very outset, she knew Khalil was destined for something more.

“I remember thinking ‘you belong in the big wide world’. I loved her from the very beginning.”

Runaways is told from the perspectives of the two women, a form of letter-writing to each other as both moved around the world. Throughout the book, both authors share stories of their experiences in Doha, trying to understand the complex region and the role women play.

It was Khalil’s posting as BBC News’ Australian correspondent that ultimately brought the book to life.

“She came [to Australia], she arrived in Sydney. She went straight to New Zealand to cover the [White Island] volcano. She came back to Australia to cover the fires and then Coronavirus and lockdowns, and then I just thought, my gosh, she’s here for two years and we’re not even going to see each other,” Davidow explained.

So they wrote each other letters, in real time, recalling their time in Doha.

“[We] pay tribute to this amazing friendship, how we met in this crucible of Doha and what we experienced, and how unique it is that we have each other to share this with. Because we don’t have anyone else to really be able to share the complexities of what we went through.”

But when the borders finally opened, the pair jumped at the chance to see each other face-to-face. It’s at this time that Davidow and Khalil sat together, read each other’s work and wrote together.

“For me, the writing was a process of creating self, because we were writing to each other. The fact that there was a loving reader bearing witness on the other side, allowed us to say things and be a voice that maybe neither of us have ever been before, so a level of honesty and intimacy,” Davidow said. “My voice kind of tracks the narrative, and hers is more, I would say reflexive.”

Runaways has been described as a push back against the patriarchy to remember those who were, and still are, silenced.

“It’s not men,” Davidow clarified. “It’s the patriarchy, sometimes embodied by the women in your life, who oppress you. So, it’s that sort of oppressive silencing power that stops you from being yourself. And, Qatar embodied that for me in so many ways.”

It’s not just the Middle East that the women tackle head on, it’s also Australia, Egypt, South Africa, America and other countries around the world where women feel like they can’t speak up or out.

Davidow tells the story of a student of hers who was told by her brother that she could not write poetry anymore as it was forbidden in Doha.

“It felt then, like the breaking of a human soul,” she recalled. “She said to me ‘I try to write them in my head, but I can’t keep them all in my head, they’re disappearing.’

“And so the book is a tribute to millions of girls whose voices can’t be heard.” 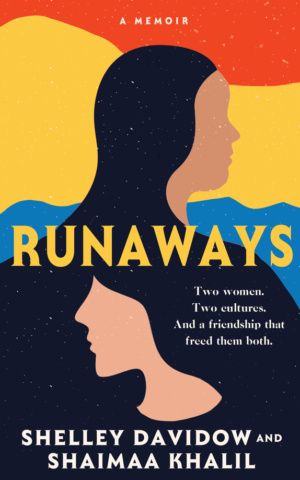 For Davidow and Khalil, Runaways is also a story that pays homage to the beauty of female friendships, much like their own.

“It’s a love letter to female friendship and it elevates female friendship; it gives it primacy,” Davidow explained. “I feel like so often it’s girlfriends on the side and you have your primary relationship with your husband or lover or partner. But I feel like we don’t give enough credit to the primacy of female friendships, and how it helps us to survive in the world. And that’s what we really experienced.”

Runaways is published by Ultimo Press, $34.99 rrp
Shelley Davidow will be appearing as part of The Sydney Jewish Writer’s Festival on June 19-20. For the full program and tickets, visit shalom.edu.au