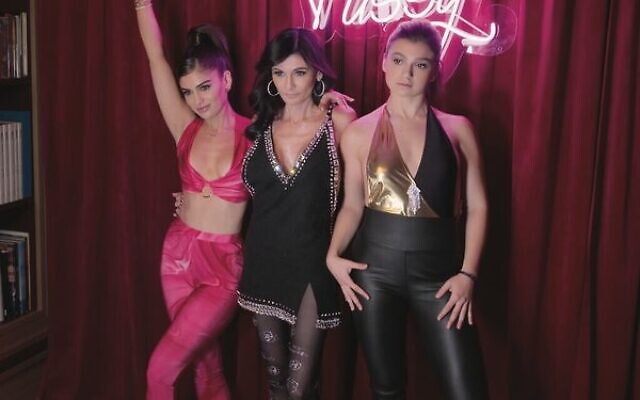 Buckle up: The second season of the Netflix reality series My Unorthodox Life is a bumpy ride.

Since the show premiered on the streaming platform last year, a great deal has changed in the Haart family. When season one wrapped, family matriarch Julia Haart was happily married to her second husband, Silvio Scaglia, and was CEO and half-owner with Scaglia of Elite World Group – or so she thought. Her oldest daughter, Batsheva, was celebrating nine years of marriage to her husband, Ben.

Fast-forward to February 2022, just as filming for the second season began, and Haart was summarily fired amid messy – and still ongoing – divorce proceedings from Scaglia and informed that she did not control half the company, while Batsheva and Ben decided to go their separate ways after realising their approaches to religion no longer aligned.

Despite feeling like she had hit her “lowest point” and was being “vilified in the press”, Haart said she chose not to shut off the cameras and cancel the season. 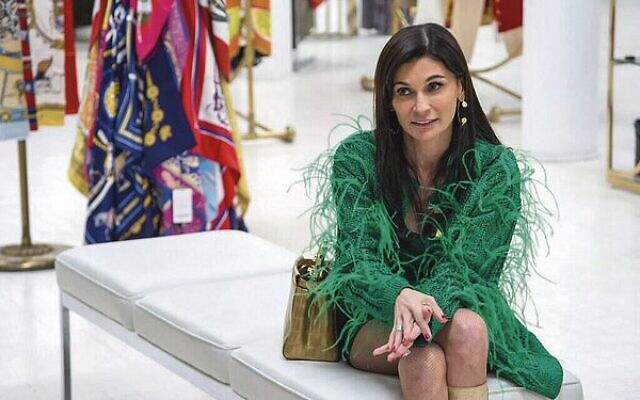 Haart told The Times of Israel that when she first got the news of her firing, she thought: “I am not getting off the floor, I just want to hide and disappear and fall through the ground and just not exist – this pain is just too much.

“And then I said to myself, ‘Julia Haart, you pick yourself off this floor, because if you fall apart, if you’re destroyed, he wins,’” she recalled. Haart said she wanted to ensure that her story was out there to inspire others in similar circumstances. “That’s why I did not stop filming. Because I am proof positive that a story can change your life.”

For those who missed the first season or the nonstop tabloid coverage of the now-famous family, My Unorthodox Life centres on Julia Haart, now 50, who lived an Orthodox Jewish lifestyle in Monsey, New York, until a decade ago when she walked away from her marriage, her religious observance and her community.

The show follows Haart and her four children – Batsheva, Shlomo, Miriam and Aron – through her path to reinvention as a fashion executive, her marriage to billionaire entrepreneur Scaglia and the family’s gradual transformation.

The new season opens with Haart and Scaglia working through an amicable split, with a sense of foreboding hanging in the air for anyone who had seen the flood of tabloid headlines about the ongoing divorce drama that is anything but amicable. And within the first episode, Scaglia fires Haart from the company and battle lines are drawn.

In the six months since filming was completed for season two, little has been resolved in the divorce battle and the fight for control of Elite World Group.

Haart said in the meantime she is in the R&D phase of an initiative called Haart Sphere, as well as holding events geared at matching VC funders with female-led start-ups and launching a line of shapewear.

The first season of the series was met with hostility from much of the Orthodox Jewish community, who resented and dismissed Haart’s portrayal of her constrictive lifestyle, while some questioned the veracity of her claims about her experience and her past level of observance.

“It was extremely difficult after season one came out, because it was like reliving the trauma all over again,” Haart said. “To be told that what happened to you didn’t happen to you is very painful.”

She said, “Most of the attacks came from people who [haven’t] seen the entire show. Because if they actually watched the entire show, they would see that I show a lot about what’s beautiful in Judaism”.

She noted that she has also received an “outpouring of support” from some elements of the Jewish community, including unexpected backing from some Chassidic Jews she has met.

In the second season, Haart revealed that her sister, Chana – the only one of her seven siblings who had maintained contact with her after she left the community – also decided to fully cut ties. “She told me that the school called her and threatened that her children would be thrown out of school if she didn’t break contact with me,” Haart explained. “She told me her friends … stopped talking to her. She didn’t want to be a pariah.”

On the flipside, Haart’s ex-husband, Yosef Hendler, and his new wife, Aliza Schulhof, appear to remain on good terms, and agreed to once again appear in the show despite potential criticism.

“They understand what I’m trying to do … they want to show that you can be religious and still be part of the outside world,” Haart said. “They’re not mutually exclusive.”

And while Haart still refers to her exit from her first marriage as an “escape” and laments having been “controlled” by a man, she harbours no ill will toward Hendler.

Critics of Haart’s portrayal of Orthodox Judaism will likely find fault with certain elements of season two as well, including a scene where she meets with Orthodox Jewish activists working on the issue of “agunot”, chained women unable to receive a Jewish writ of divorce.

“In my world, there’s this very traumatic situation called the ‘agunah’,” Haart says in the show. A woman whose husband refuses to divorce her is “literally left alone for the rest of her life unless he gives her a gett, and she can’t remarry, and she has no one, and she’s second class”. 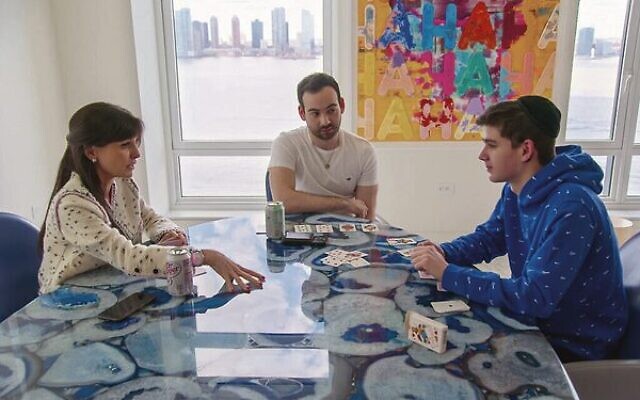 While it’s a touchy topic, most of the loudest critics come from within the community. Haart’s use of the show to spotlight the issue – and oversimplify it – as another example of “archaic Jewish laws” is likely to ruffle some feathers.

In contrast to Julia and Scaglia’s messy split, Batsheva and her ex-husband, Ben Weinstein, appear to have reached an amicable decision to part ways. In the show, Batsheva says the pair got married while they were both young and religious, but grew apart in their views on observance.

“We just got married at 19, we both went from ultra-religious to Modern Orthodox, and then at 28 we both wanted different futures – his vision was to have a Modern Orthodox family and to keep full Shabbat and to eat full kosher – and that’s just not what I want,” she said. “And I realised that for a little while, I was just doing everything out of respect for him. I’m not really religious anymore, I don’t want to raise a family that way … why should I ask him to change what he wants, because I wouldn’t want him to ask me to change either.”

While Batsheva and Shlomo appear to have become less religious, the youngest, Aron, looks to be moving in the opposite direction.

At the end of season one, Aron – who splits his time between his parents – appeared to be embracing his new gender-integrated Modern Orthodox high school in New Jersey. But now he is shifting toward a more observant lifestyle and wants to switch to a full-time yeshivah that focuses on Jewish studies and offers only minimal secular education.

Haart is unsurprisingly against any such move. “I want him to have a 21st-century education, and he’s just not [going to] get [that] in yeshivah,” she said. She noted that once Aron is 17, she would no longer stand in the way of his choice. “I just want him to have the tools. That’s all. … I don’t want to change the path of his life.”

In some of the most poignant scenes, Aron argues passionately that his Jewish observance is what brings him joy, and that his goal is to become a rebbe, or teacher of Jewish studies, a path which does not require any secular education.

Haart said she will support Aron no matter what he pursues, and she simply wants him to have a range of options available. “If he doesn’t have an education, it’s going to make it very difficult to have any jobs other than being a rebbe,” she said. “That’s what I’m trying to avoid. I want him to have options. Nothing more than that.”

My Unorthodox Life is streaming on Netflix