When you think of ‘musical’ you think of The Phantom of the Opera. It’s just a fact. The musical has been seen by more than 140 million people around the world and has won more than 70 theatre awards. Last year, a new production, featuring Josh Piterman as the Phantom, was due to premiere at Sydney Opera House. But then COVID hit.

When Piterman was playing his debut role as the Phantom on West End, theatres went dark. But he received a tap on the shoulder all the way from home, from Opera Australia artistic director Lyndon Terracini offering him the lead role in a new Australian production of The Phantom of the Opera.

“I was thrilled; it was a surprise,” Piterman told The AJN ahead of the 2021 opening. “The role of the Phantom has been a lifelong dream of mine and donning the mask on the West End stage in such a legendary production was magical in every way.

“Experiencing the global effects of the pandemic, especially on the theatre industry over the past year, has been difficult for so many, which makes it an even bigger honour to now be able to play the Phantom at home, helping to resurrect our industry and bring people back to our theatres.”

But, it wasn’t meant to be. 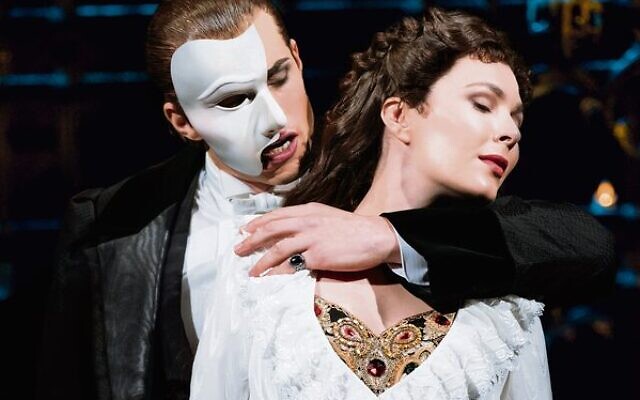 Josh Piterman in his role as Phantom alongside Kelly Mathieson on West End.

Rather, the 2021 production was cancelled. Something which the musical theatre crossover star admitted almost broke him.

“When it was cancelled originally, that was so heartbreaking. Moving everything out of my apartment in the UK and bringing life here, because I had been given this wonderful opportunity that I was asked to do in January 2021, and then hang around until July 2021, and then for it to be cancelled was a rollercoaster,” he explained just a couple of months ago. “It was the down of London, the up of the excitement of being cast in this back home in Australia, with my friends and family and Aussie audiences getting to see it, and then a big crash again, and that just broke me.”

But, now we’re on the verge of the reopening, something that Piterman and many of his cast mates are very much looking forward to.

“Ours is a new production,” veteran musical theatre performer Troy Sussman told The AJN in between rehearsals. “It’s got some slight updates in the way we tell the story, but the elements people love are still there. We just made it a little more humanistic and focus the play on the humans. The Phantom is less a ghost, and more a real man. It’s much more a retelling of the piece.”

Sussman – who first starred in the original production as a swing, someone who understudies the ensemble, meaning they must know the lines and acts of several different cast members so they can jump into any character if someone is missing – will be playing the auctioneer this time around.

“I really loved doing it originally, and this time as I said all the characters are humanised. So back in the original, the auctioneer was this almost funereal scene … here, I’m playing an actual auctioneer. So, it’s like, you know, the Gary Peer of 1876.” For Sydney readers, it’s like the Damien Cooley of 19th century Paris. 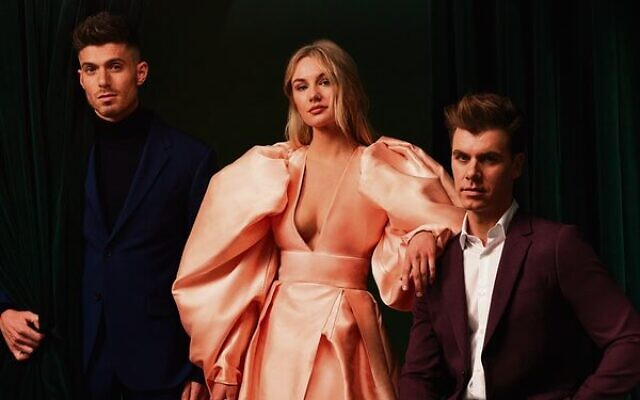 Sussman believes that the reason Phantom resonates with audiences is first because it’s part of the big three – namely The Phantom of the Opera, Les Miserables and Cats – but also because everyone loves a love story.

“We all love a love story, whether it’s a rom com, whether that be our own love stories. And I think, you can sit back and really indulge in those moments and those stories and really feel everything that Phantom, Christine and Raoul feel, within an epic nature of a gothic story, with an expansive stage and chandeliers and amazing operas,” he said. “It’s quite a unique piece because it treads the boards between a musical and an opera. So, it’s very special and I think it holds its it holds itself over time.”

Piterman, who named Sussman and Anton Berezin as great mentors in the company, acknowledged that playing the role of the Phantom requires a sense of leadership, over and above his musical requirements.

“The key for me, now that it’s happening, is to really stay grounded in it all. It’s very easy to get so excited by this moment, but what Phantom requires from me is an intense level of gravitas,” he explained. “I also have multiple roles in this show because I’m the leader of the company in a way, as well. I have great help there from guys who have been around in the theatre a long time, with huge careers spanning more than 30 years, so while I have this excitement, I also have to have a feeling of grounding too.”

Sussman, who has known Piterman since he was “fresh out of uni”, is thrilled to be performing alongside him, watching him take on the character of the Phantom. 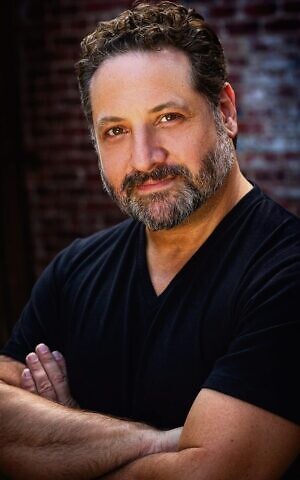 “I think mature company members need to take leadership roles and mentorships,” Sussman said. “I think of theatre a bit like elite sport, because of the preparation you have to do for your body to stay fit, eat healthy, drink, water, gets lots of sleep, train. And you have your leadership groups to help the younger players learn how to [succeed in] this industry. You can go to university and learn how to act and sing and dance, but that doesn’t necessarily give you the skills to do eight shows a week consistently.

“Let’s face it, theatre isn’t cheap anymore, and a lot of people have saved up, so it’s really important that you present a polished show, every show. I think the leadership is about helping everyone to achieve that together.”

Sussman explains that even with a solo, musical theatre is never an isolated job, saying that every performer needs the people around them and those in the wings to help seize the energy you need to get you through the performance.

For Sussman, Piterman and the whole cast and crew of Phantom, the legacy of the iconic production is not lost on them.

“We get to tell great stories with great music and songs and dance and in a heightened reality,” Sussman said.

“I’ve managed to spend 30-plus years telling stories and enjoying my life and watching audiences and it’s amazing. The legacy of what I do is not lost on me. And being back in Phantom 30 years later, the legacy of that is certainly not lost on me, that we’ve got a whole new group of people telling this story. I’m lucky to get to do it again.”

The Phantom of the Opera is showing at the Sydney Opera House from August 19 and the State Theatre in Melbourne from October 30. Head to the Opera Australia website for tickets.