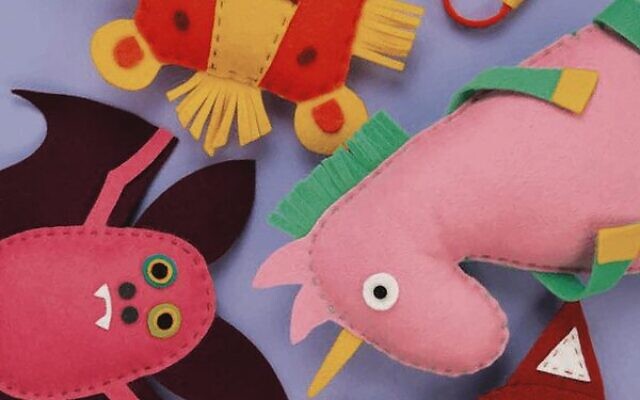 Trixi Symonds is a softie designer and author with close on 30 years’ experience in teaching children to sew.

She is also the founder of the global sewing initiative, Sew a Softie, which has inspired thousands of parents and teachers around the world to sew with their kids.

“The kids in my classes loved sewing and mums would often tell me this was the only workshop their kids wanted to attend in the holidays. The mums would often lament that they couldn’t ‘even sew on a button’.”

Symonds founded Sew a Softie in 2016 to inspire adults to sew with the children in their lives.

“I could see that learning to sew boosted kids self-confidence and esteem and made kids realise how capable they really are,” she said.

Tens of thousands of children have learnt how to sew through the Sew a Softie initiative.

In her latest book, The Zenki Way: A Guide to Designing & Enjoying Your Own Creative Softies, Symonds answers a question that parents and teachers repeatedly put to her: what’s the best project for young kids and first-time sewers to start with?

“I knew it would have to be exciting, engage kids’ imaginations and be simple enough for kids to complete by themselves in a reasonably short time,” she said.

“I came up with the zenkis.”

Zenkis are simple, their design is unique and endlessly adaptable. They require only two pieces of felt and a running stitch around their torso.

The Zenki Way is a carefully-graded guide that reveals Symonds’ zenki sewing secrets and shows readers how to use her design to create not only the vibrant characters in the book, but almost anything kids dream up.

There is also a special section on running a zenki workshop as well as a section on Symonds’ “Seven Golden Rules of Sewing”.