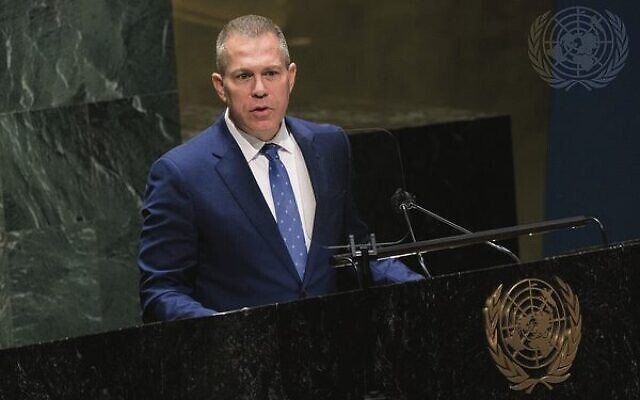 JEWISH groups have applauded the Australian Government for being one of few countries to vote against three anti-Israel resolutions at the United Nations General Assembly last week.

After debate between 20 member states, a resolution entitled, “Peaceful settlement of the question of Palestine,” which called upon all states not to recognise changes to the pre-1967 borders, was passed with 148 votes in favour, nine against and 14 abstentions.

The motion also called on states to distinguish between the territory of the State of Israel and the territories “occupied” since 1967, and to not render aid or assistance to what the UN terms “illegal settlement activities”.

Another resolution, entitled “The Syrian Golan,” demanded that Israel withdraw from the territory which saw only eight countries vote against the motion, including Australia and the US, while a resolution on “Jerusalem” called on member states to ignore Jewish ties to the Temple Mount.

The motion – which lost the support of 19 countries since it was last voted on in 2018 but still had a significant majority – only referred to the site by its Muslim name, Haram al-Sharif – a move Israeli representative Gilad Erdan labelled absurd, accusing the assembly of trying to rewrite history. “The eternal bond between the Jewish people and Jerusalem – our capital – will never be erased,” he stated.

Australian representative Mitch Fifield called the resolutions one-sided, telling the UN that they single out Israel. He called for further changes in language to the package of resolutions.

The Australia/Israel & Jewish Affairs Council (AIJAC) said the resolutions are “part of the annual UN barrage of motions which form part of the world body’s chronic demonisation of and discrimination against Israel.” Labelling the motions “morally wrong” and “counter productive”, AIJAC executive director Colin Rubenstein commended the Australian government for “its principled and moral stance in voting against these motions, together with a disappointingly small number of other countries”.

“They give a free pass to the Palestinians and Syrians, who are the actual cause of the problems the motions seek to address,” he said, adding, “The UN will never be taken seriously by reasonable people as long as this farce continues.”

ZFA president Jeremy Leibler said, “The government has once again demonstrated its commitment to voting against one-sided resolutions at the UN.

“As it has in previous years, the government has made clear that it looks at each resolution and asks, ‘Will this help or hinder Israeli-Palestinian peace?’ and votes accordingly,” he said, adding “That’s a principled stance, and the Australian Jewish community welcomes it.”