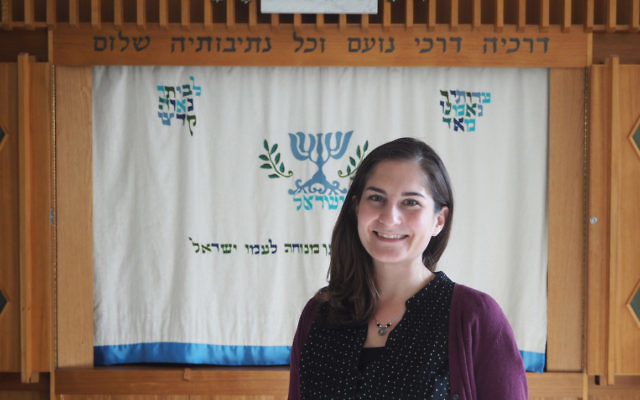 Originally from the United States, London made aliyah in 2010, and is currently studying to become an Orthodox rabbi at Yeshivat Maharat.

In Canberra, she will coordinate educational activities and events, delivering regular sermons and assisting in pastoral care while Rabbi Alon Meltzer directs the capital campaign.

London told The AJN she was thrilled when the opportunity arose.

“It’s basically what I’ve been studying to be doing for the past five years. I thought it was a really amazing opportunity,” she said.

She enthused that since arriving in Canberra a month ago, “the community here has been so unbelievably welcoming and warm”.

As well as Jewish studies, a major area of interest for London is theatre, which she has studied extensively in undergraduate and masters programs at university.

Asked how the two fit together, she said she believes they are intertwined. For instance, her studies in applied drama focused on using art and theatre to bring about dialogue, while having studied acting means she has no qualms about getting up in front of a congregation to deliver a sermon.

London has also worked as a therapeutic recreation specialist in a nursing home, and recently completed a unit on pastoral -education.

In Canberra, she hopes to “bring some different perspective” as well as create more educational opportunities for the community. “I hope to enhance the learning and Jewish life that’s already here,” she said.

London will remain in Canberra until December, but will also travel to Sydney and Melbourne.

Rabbi Meltzer explained that they decided to choose London after conducting a formal search earlier this year.

“Originally we were looking at the more traditional model of a short-term assistant rabbi; however, we realised that this would be an amazing opportunity to showcase the scholarship of women in the Jewish world,” Rabbi Meltzer said.

“Appointing a bright and very able woman in this role has allowed us to offer our membership a different perspective.”

It is a busy time for the ACT Jewish Community, which has just launched a huge capital appeal, and has recently welcomed two shlichim.