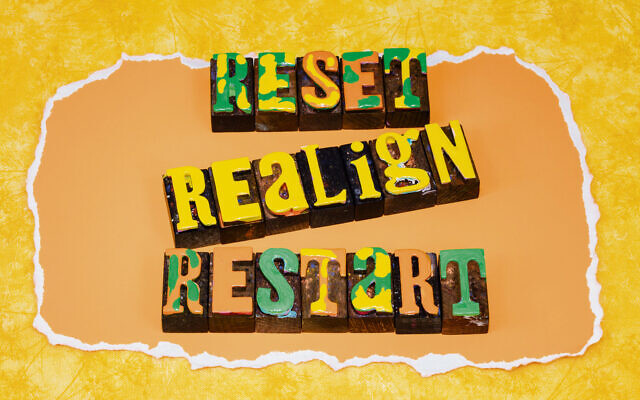 One of the great themes of literature and cinema is second chances. From Odysseus making his way back from the Trojan War to restart his life in Ithaca, to It’s a Wonderful Life and even Back to the Future, we crave stories about the opportunity to start over, to do it all again and to do it better.

The theme of the High Holy Days is that we do have a second chance: repentance, prayer and charity avert the evil of the decree. If we want to put our past behind us, try again and do better, then the power is in our hands.

If we look at the Torah readings for Rosh Hashanah, that is what they are about. On the first day we read about the expulsion of Hagar and Ishmael from Abraham’s home. At the point they were thrown out, the Rabbis teach they were guilty and deserving, but when they were in the desert, weeping and crying out to God they were innocent, and they were given a second chance, both by God and by Abraham.

According to the Rabbis, Abraham would visit Ishmael, to see how he and his family were doing, and he blessed Ishmael’s household. The father still cared, and the son knew that he cared.

Hagar and Ishmael used their second chance wisely. They became better people. According to our tradition, Hagar remarried Abraham and the Torah is explicit that Ishmael was not alienated from his father; he attended his funeral and was remembered as one of the righteous. Jewish boys used to be named Ishmael, including Rabbi Ishmael the High Priest.

What of Ishmael’s brother, Isaac? The Torah reading for the second day is even more explicit. It tells the story of the Akeda, the binding of Isaac. He was taken up to be sacrificed, but was substituted for a ram at the last moment. Isaac was given a second chance; he came down the mountain and instead of representing the end of Jewish history, he became a link in Jewish continuity.

The Talmud records that Isaac went to study with Shem, the son of Noah. He absorbed all the Divine wisdom in the world, so that he could transmit it to those who followed him. Isaac became the father of Jacob and the grandfather of the 12 tribes.

Both brothers, in their stories told on consecutive days, used the second chance they were granted to improve themselves and create something of value for the future. They do not stay the same nor do they live only for themselves. They become ancestors and examples.

What is most striking is that these second chances did not come out of a place of calm, they arose out of crisis: Ishmael and Hagar’s ejection, and Isaac’s near-death. Second chances emerge most successfully not out of a situation of “not bad, but could be better”, but of deep difficulties and challenges. Crisis generates opportunity.

Perhaps one reason why we find it so difficult to make resolutions that stick and changes that are permanent is that the situations we are trying to move beyond just aren’t bad enough.

In the Psalms, King David says “From the depths I cry out to you O Lord.” Why did David have to reach the depths before he called out to God? Because sometimes that is what it takes.

Rosh Hashanah and Yom Kippur come and go each year, and nothing much changes in ourselves or in our communities, because the impetus of crisis is absent. Well, not this year. This year we are all being given a second chance.

In the coming years so much that has been taken away from us will be restored, but it would be a great tragedy if we simply sought to reinstate the old normal.

The new normal must look different. How will we love more, and love better? How will we bind our communities together, look after our vulnerable, attune ourselves to the needs of others? How will we take the spirit of shared responsibility and purpose and use it for cooperation, renewal and rebirth? How can we be better parents, children, spouses and friends?

To answer these questions well, and then implement those answers successfully, we will have to be bold, develop a vision and pursue it. The new world we must build can be no place for half-measures or lack of focus.

The energy we are putting into containing the crisis and ending it cannot be allowed to dissipate. Rather it must be harnessed and increased, in a drive not for mere restoration but for revolution.