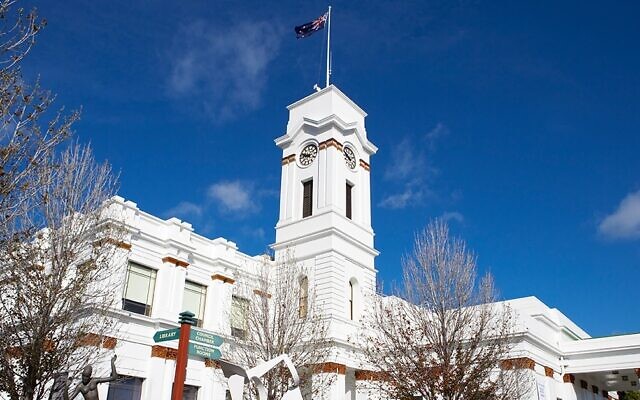 “A TRAVESTY”, “a slap in the face”, “wilfully negligent” and “unconscionable”. That’s how Zionism Victoria (ZV) claimed Glen Eira Council would be acting if it failed to vote in favour of adopting the International Holocaust Remembrance Alliance (IHRA) Working Definition of Antisemitism.

As The AJN reported earlier this month, Greens councillor David Zyngier opposed a motion earlier this month calling on officers to prepare a report into the adoption, claiming “definitions don’t combat racism” and it was the “politicisation of council”.

Amid fears that councillors may be swayed into voting against the resolution at their meeting next Tuesday, ZV sent a submission this week in which they noted the definition is “supported by every mainstream organisation, on both a federal and state level … and, indeed, the overwhelming majority of Jewish groups that have discussed the issue”.

In their letter to council, ZV president Yossi Goldfarb and executive director Zeddy Lawrence added, “In an atmosphere of rising antisemitism, where organisations such as AUJS are pleading for the definition to be adopted so that Jewish students can be protected against intimidation, discrimination and abuse on campus, to refuse to accept and promote the definition would be nothing short of wilfully negligent.”

They also drew attention to the definition’s widespread adoption by numerous countries, international organisations, academic institutions and municipal authorities. Among those cited were the federal and NSW governments, and Waverley Council, “home to the second largest Jewish community in the country”.

“It would be a travesty – and a slap in the face,” Goldfarb and Lawrence continued, “if Glen Eira, home to Australia’s largest Jewish community, consciously rejected adoption of the definition given the community’s representative roof bodies and all but a fraction of communal organisations regard it as a crucial tool in the fight against antisemitism.”

Urging councillors not to be swayed by “a tiny minority” in the community “driven by their own political agendas”, the pair wrote, “Just as one would not expect Council to presume to dictate to a member of the Islamic community what they may consider Islamophobic … it would be unconscionable for Council, in Corbynesque fashion, to dictate to the Jewish community what they may or may not consider antisemitic.”