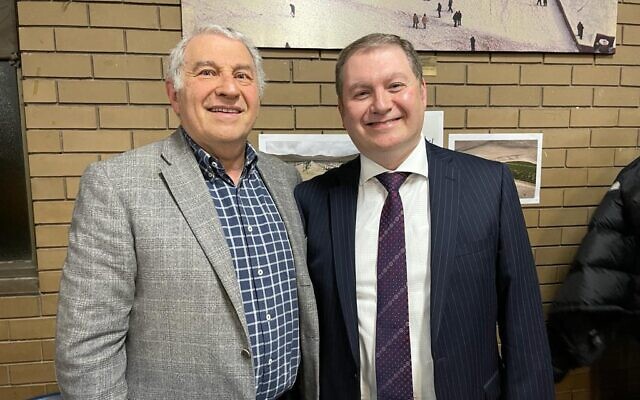 MIZRACHI has elected a new president and has welcomed two women onto the executive board, a step forward in addressing concerns raised earlier this year over a lack of female representation in the top tiers of the organisation.

At last week’s general meeting, treasurer David Brykman stepped up to the plate, replacing Danny Lamm as president. The CEO and managing director of IT company BrykGroup has been a member of the Mizrachi community for more than 40 years.

After a report was released in April naming Mizrachi a “boys’ club”, Lamm told The AJN that the all-male executive had planned to welcome women on board, a pledge fulfilled with the election of Toby Holzer and Karen Franks. Holzer, a law student at Monash University and paralegal at Axial Advisory, has scored the role of Mizrachi secretary, while committee member Franks has been elevated to a new position, Mizrachi charity fund coordinator.

Asked by The AJN about the concerns over the dearth of women in senior roles, Brykman responded, “I’m committed to creating an environment that celebrates and listens to different voices and ideas, and discusses these with respect and proper consideration.

“Over the coming weeks, myself and the newly appointed committee will meet to properly consider current matters,” he added.

Mizrachi member Keren Zelwer, who was controversially removed from the executive as the only woman among 12 men, during elections late last year, told The AJN, “If this is to be done authentically, it will not be a simple task.

“Although it has come at personal and communal cost, I’m proud of the fact that gender equality, transparency and governance issues have been spotlighted at Mizrachi. It is now a real challenge for the new executive to repair the damage that has been done by making genuine and meaningful cultural change.”

Overall, Mizrachi has elected 12 new officeholders, including six new committee members and five new members on the executive. The 25-person committee also includes six members under the age of 30.

Brykman has said one of his central focuses will be on finding innovative ways to engage youth, and he hopes that Mizrachi will be an “inclusive and welcoming space”.

Wishing “a heartfelt mazal tov and best wishes” to both Holzer and Franks, National Council of Jewish Women of Australia (Vic) CEO Alexandra Silver said the organisation is “pleased to see that Mizrachi is working towards providing meaningful opportunities for women to serve in leadership roles”, and looks forward to working with them and “other gender equality pledge-takers to support them in their endeavours”.