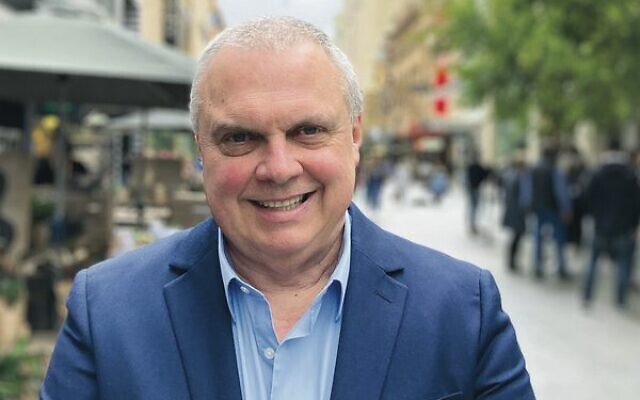 Jewish South Australian Senator Stirling Griff said that if re-elected, he hopes to address concerns about rising antisemitism and said his political values have been shaped by his religion.

“My upbringing has always been about doing good for the community,” he said.

Griff, who has just completed his inaugural six-year term representing the Centre Alliance, is running as an independent this time. He intends to continue advocating for “transparency and accountability within the health and medical sectors”.

“This should also be the case for surgeons, other health professionals and all hospitals and day clinics – we all have the right to know that the specialist we are seeing has a solid track record.”

Griff is a believer in the State of Israel, however he said he does not condone all of its actions.

“Israel has a solid right to exist and has achieved much since its inception,” he said.

“For various reasons – mostly political – it has done a poor job of promoting itself and the reality of the propaganda against Israel.”

In 2019, Griff moved a motion repudiating antisemitism and calling for more Holocaust education in schools.

Antisemitism was “a symptom of ignorance”, he told The AJN at the time.

“In part I was motivated by my family’s past, particularly with Russian pogroms, and the limited understanding of many young Australians,” he said.

In his maiden speech in October 2016, Senator Griff revealed that his family originated from a small village in Lithuania, where all the Jews were killed during the Holocaust.

“My ancestors survived only because they left, and made Australia their home,” he said.