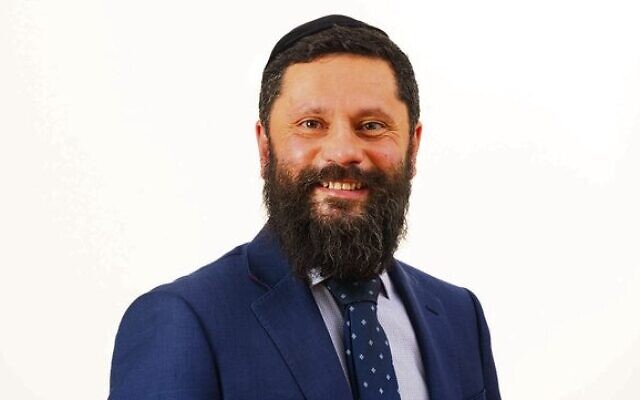 Jewish Melburnian Leon Kofmansky (pictured), who is running as the lead Upper House United Australia Party (UAP) candidate for the Southern Metropolitan region, says the outcome of the state election “is critical to the future and wellbeing of the Jewish community”.

The Southern Metropolitan region, which is home to the largest Jewish population in Australia, includes Caulfield, Albert Park, Prahran, Bentleigh, Brighton and Malvern.

“The UAP is running candidates in all eight of the Upper House regions. Our objective is to gain the balance of power and ensure that the ALP and the Greens have no control over the Upper House,” he said.

“The UAP wants to restore a robust system of checks and balances and curb any government abuse of power in order to protect traditional values, safeguard the family unit, give individuals back the right to practise their religion freely and raise and educate their children free of government interference.

“As an observant Jew, I will also be a strong voice and advocate for Israel and the Jewish community in a society that has become increasingly hostile and intolerant towards Jews.”

He also took aim at the state government’s lockdown policies during the 2021 high holy days.

“The state government’s decision to allow sporting events to go ahead – including an indoor boxing match with a crowd of close to 100 people – while it forcibly shut down shules was a clear indication that their lockdown policies were based on anything but ‘health’ or ‘science’,” he said.

Kofmansky said the right for Jewish parents to raise and educate their children according to Torah values and Jewish tradition had also come under threat in Victoria with the introduction of “safe schools” and other legislation.

“I don’t recall agreeing to co-parent with the state government and give them the authority to raise and educate my children in accordance to their ideology,” he said.