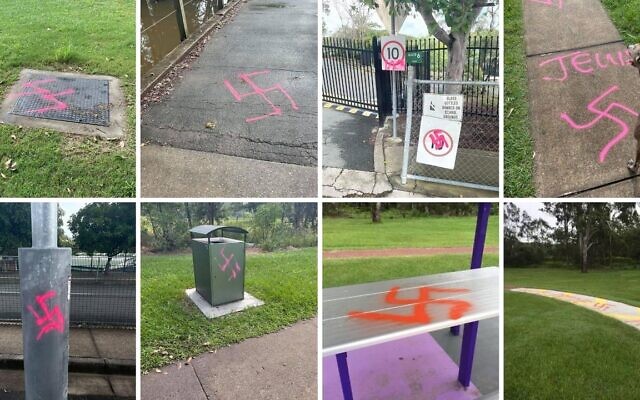 A RECENT spate of antisemitic graffiti across Australia has been condemned by communal leaders.

In Brisbane, an Israeli restaurant was targeted in what Queensland Jewish Board of Deputies vice-president Jason Steinberg called “a horrible act of pure hatred”.

Steinberg said the owner was both “shocked and scared” by the words “Always Palestinian food: Zionists f**k off” daubed outside the building, adding that “A restaurateur, from any country, should be able to safely open their doors, welcome their patrons and conduct business without being terrorised by racist taunts and threats.”

He said the attack was a “disgraceful, disturbing and deplorable” example that “antisemitism and hatred is alive and well in Queensland”. 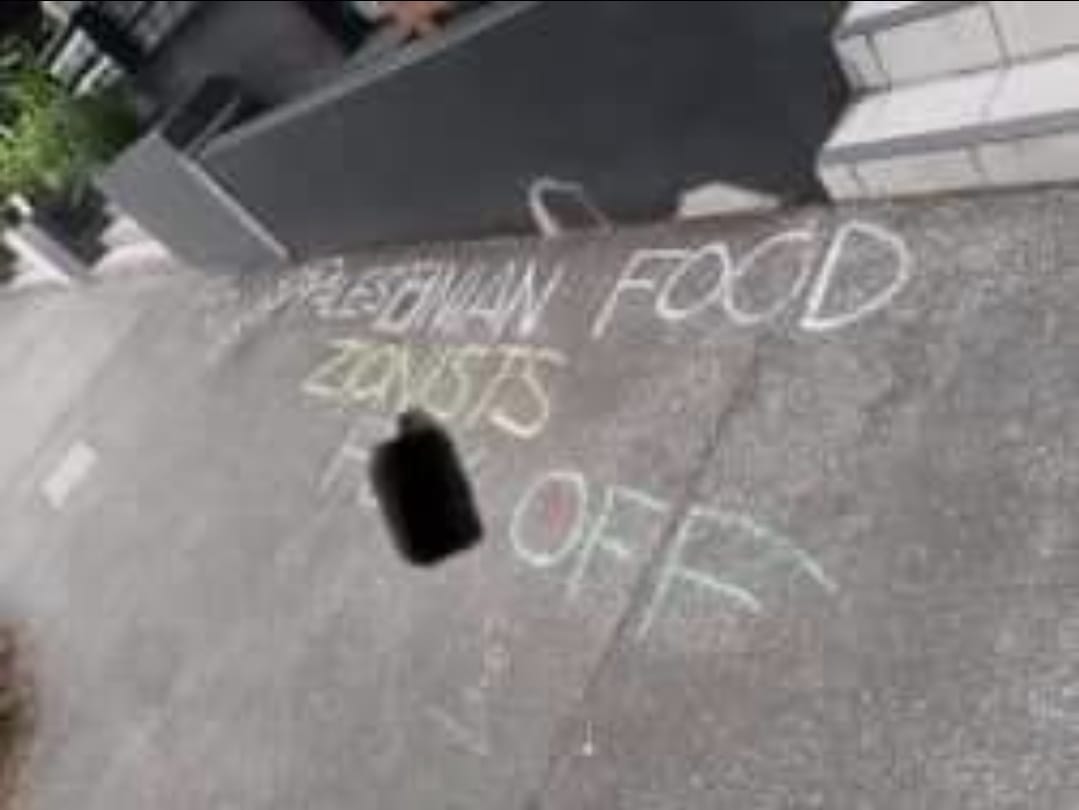 “Always Palestinian food: Zionists f**k off” was daubed outside an Israeli restaurant in Brisbane.

Meanwhile, numerous swastikas were recently daubed across parks and footpaths in Logan, in the south-east of the state.

Neo-Nazi graffiti was also spotted on an abandoned building near a walking track at Bantry Bay, Sydney. The daubing included a swastika, the slogans “White Power”, and “Blood will be drawn”, along with a trail of stickers promoting the National Socialist Network, a Victorian-based far-right group advocating for a “White Australia”.

NSW Parliamentary Friends of Israel deputy chair and Shadow Treasurer Walt Secord labelled the graffiti, a “crude, planned and deliberate” act of hatred and an affront to the Allied veterans who fought, sacrificed and died defeating fascism, as well as to Holocaust survivors and their descendants. Noting that in a two-year period in NSW 112 incidents of antisemitism were reported, Secord renewed his call for the Berejiklian government to ban Nazi symbols.

In Tasmania, meanwhile, a car in Launceston was photographed displaying a swastika next to the numberplate. The image was posted to a Facebook group last Friday.

Slamming such acts as “a stain on our community”, chairman of the Anti-Defamation Commission Dvir Abramovich, who has been campaigning for a ban on the public display of Nazi symbols, commented, “It’s clear that the swastika epidemic and contagion of antisemitism that has invaded Victoria is now striking all states.”