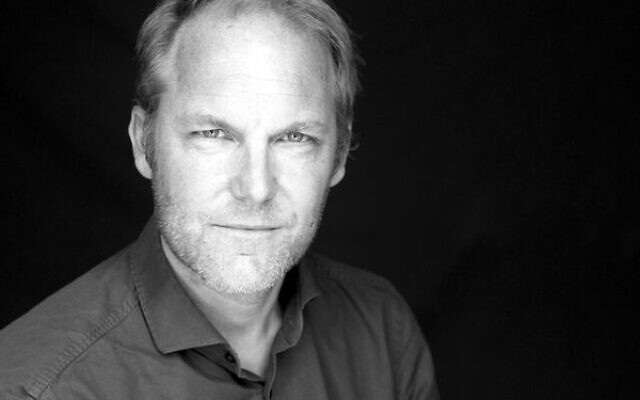 She was believed to be Catholic. And that’s why they took her in. But Mala Rivka Kizel wasn’t Catholic.

Rather, she was the sixth child of a large Orthodox Jewish family, born in 1926. The difference between her and other Jewish children was that she had blonde hair, blue eyes and lots of charm.

She was the only member of her family to survive the Holocaust.

But, according to journalist and author Pieter van Os, she survived with a lot of guilt.

It was when van Os happened to be in Poland that he stumbled upon Mala’s story.

“I noticed, especially in Warsaw, that the absence of the community is very present,” he explained over Zoom from his home in the Netherlands. “It was fascinating how more than three million people are gone, but their culture is not completely gone.”

While in Poland, he met an old friend, Amir Swaab, who explained that he was going to the Jewish cemetery to visit his great-grandmother’s grave. Van Os decided to go too.

While at the cemetery, Swaab shared his grandmother Mala’s incredible survival story.

Soon, van Os found himself visiting Mala in her home.

As he writes, “I transcribed our recorded conversations, and then – with the transcripts and her memoir to hand – I set out on a journey through time, tracking down the cities, towns, and villages, the people and the buildings that figure in her story, looking for documents, books, and eyewitness accounts to provide more context.”

This becomes Hiding in Plain Sight.

For Mala, the survivor guilt is different. It’s not just guilt that she survived. It’s guilt for the way in which she survived – hidden by a devoted Nazi family because they believed she was a Catholic Pole.

“[Many other] survivor stories are written in the fifties or sixties. I think this is coming out later because she wasn’t really comfortable with the story herself,” van Os said. “She ends up in Israel and as she’s with Holocaust survivors, they have horrible stories to tell, but she doesn’t. I think it was a bit of embarrassment she has.”

Taking it further, van Os explained what happened when the war ended, and Mala started searching for her loved ones.

Van Os also shares the story of Mala finding everyone looking so skeletal. Again, it was something Mala noticed immediately – the people around her were skeletons, she was not.

When chatting to The AJN, van Os noted that the book means different things to different people. While for some it will be a fascinating story about identity issues and survival, for Mala’s grandson, Amir, as van Os describes, “it was a story about lying.”

“He finds it fascinating that his grandmother was a great liar, and that lying would make her survive the war. In a way, you can’t say lying is always bad.”

Hiding in Plain Sight is, at times, a detective story and at others, a poignant reminder that there were good people who helped, and others who lied to survive, remembering each step of the way that lying and in turn surviving, was the best revenge of all.

Hiding in Plain Sight is published by Scribe, $35 rrp