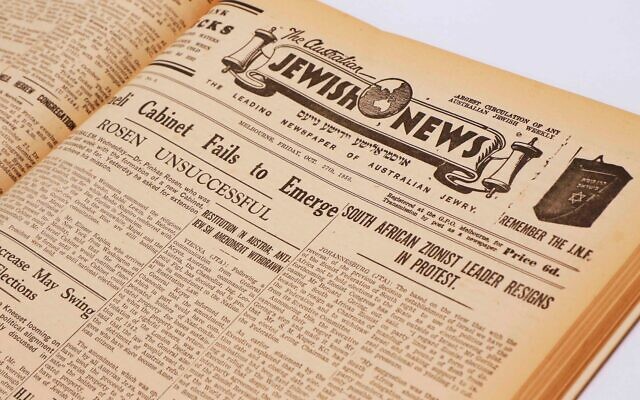 WITH the support of The AJN, 180 years of Australian Jewish history will soon be available at everyone’s fingertips.

The collection will be fully searchable from anywhere in the world through Trove, Australia’s free online research portal and the Historical Jewish Press Project (JPress), the world’s leading digital collection of Jewish newspapers and journals.

All issues of The AJN will be digitised, as will all other Australian Jewish newspapers published up to the copyright date of 1954. 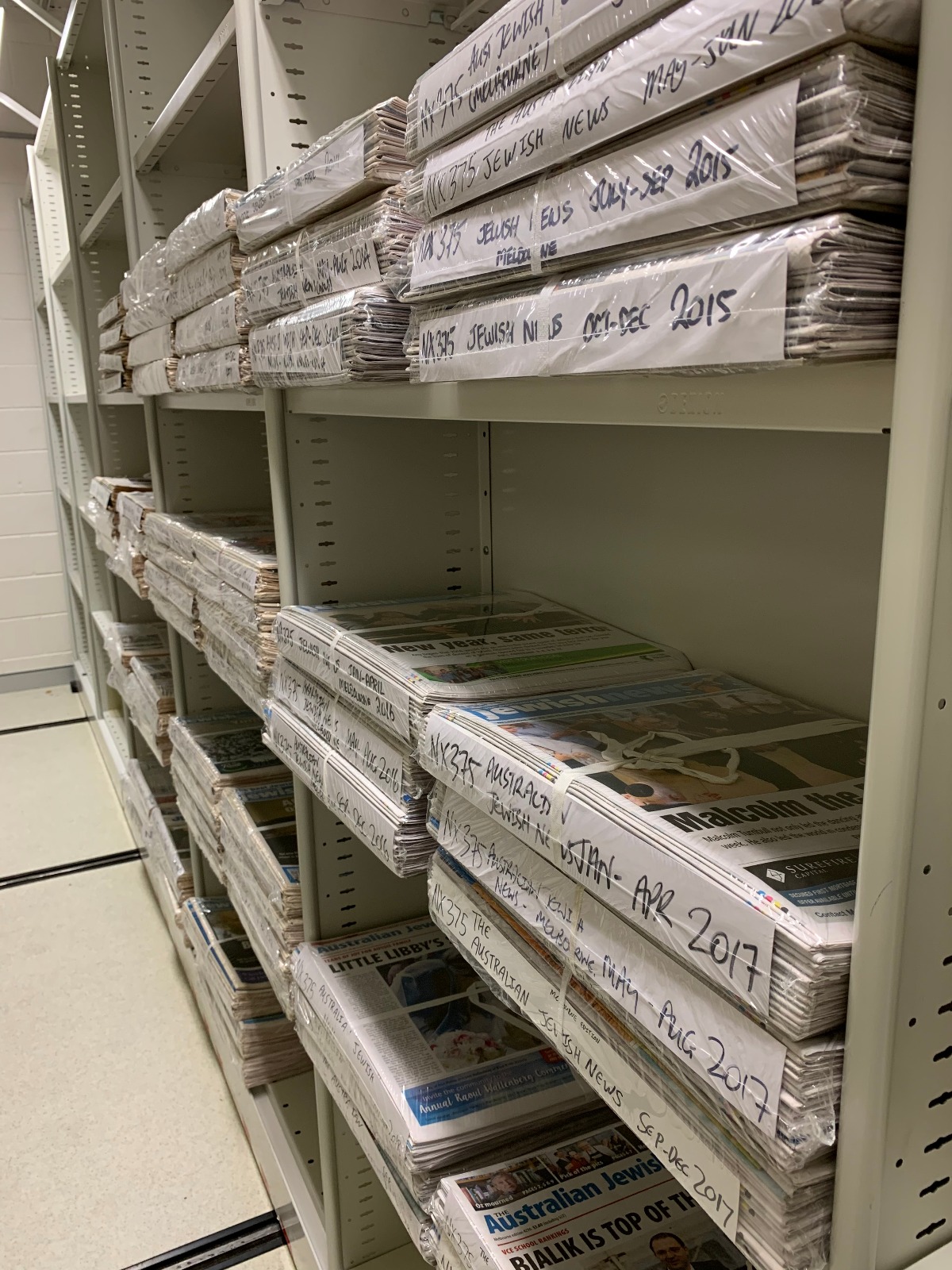 Back issues of The AJN at the National Library of Australia.

David Redman, CEO of AJN publisher Polaris Media, said, “With a history that extends over 125 years, The Australian Jewish News has been an important part of not only the Jewish community but also the wider Australian community.

“We are very excited to be part of this project to preserve this history as well as make this unique record of our past available digitally to future generations.”

AJHS (NSW) president Peter Philippsohn said, “These newspapers represent a rich source of contemporary history and to have access to the information for historians, genealogists and interested members of the public is immense.

“It’s not just about uncovering genealogical information and family history, but revealing the arcane and the attitudes of society at a particular moment in time.”

“This global initiative supports international scholarship and enables those interested in the study of Jewry in Australia to freely access this wealth of information,” she said.

Jewish federal MP Julian Leeser, who is on the council of the NLA, said “It’s great to see our library and the NLI working so closely together – it’s another important cultural strengthening of the relationship between the two countries.”

He said a recent upgrade to Trove meant there was already much more information available from a Jewish community perspective.

“I’ve gone and researched things that my grandfather was involved in back in the 1920s and ’30s.

“It’s going to be really exciting. People who are proud of our community will want to dive in. I can see hours of my time being sucked into the vortex of the new digital resource,” Leeser said.

Former AJN editor Sam Lipski called it “a most exciting initiative in the telling of the Australian Jewish story”.

“Because the Jewish press has been at the heart of that story – for 180 years. Not just recording ‘the first rough draft of history’, but often making it too,” he said.