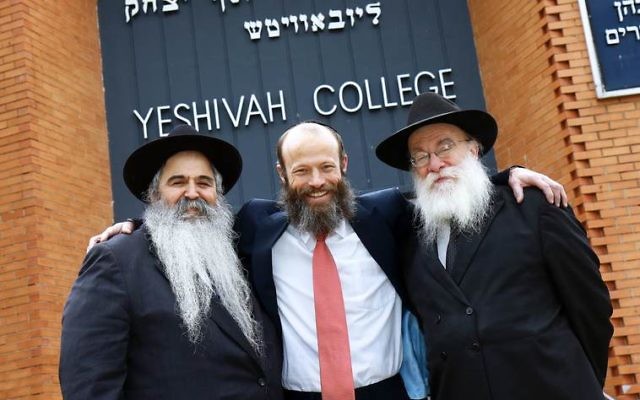 YESHIVAH publicly has finally apologised to child sexual abuse victims advocate Menachem Vorchheimer and in the same week has revealed that several letters alleging child sexual abuse, which were handed to police, were “simply frivolous and/or malicious”.

In a key week for the organisation, Yeshivah-Beth Rivkah Colleges, Yeshivah Centre and Chabad Institutions of Victoria Limited issued a joint statement praising Vorchheimer, stating that he was critical to bringing child sex offenders to justice and bringing about cultural change and awareness within the Yeshivah and wider Jewish community.

After news first broke in 2011 that there were several victims within the Yeshivah community, Vorchheimer called for reform within Yeshivah, publicly and privately, and attempted to help victims come forward.

At the time he was attacked, and he and his family were made to feel like outcasts, by several leading figures within Yeshivah, but the organisation has now apologised.

“Menachem has been a significant contributor in terms of championing child safety, transparency and good governance,” the statement from the three boards read.

“The Yeshivah Centre is grateful for those contributions and regrets any personal cost to Menachem and his family for these efforts.

“We acknowledge and express our regret together with our sincere apology for any distress and hurt that the absence of an appropriate internal framework to manage through the various issues has caused for Menachem and his family.”

Vorchheimer welcomed the statement. “This is an acknowledgement from the institution that the assertions made about me were wholly wrong and there was never any substance to them,” he told The AJN.

“I was working in a constructive manner, not a destructive manner, to strengthen and build the community, by confronting past wrongs and at the same time developing an environment in which the safety and welfare of children became the primary focus and concern.”

Vorchheimer added: “My family and I welcome the statements of apology and acknowledgement of our contribution to child welfare from Rabbi [Chaim Tzvi] Groner and Rabbi [Zvi Hirsch] Telsner. Whilst we can’t alter the past, we can help shape the future together.”

The school also tackled another tough issue this week, revealing that in the past six months several anonymous emails and letters were received containing allegations against the school’s board and principal Rabbi Yehoshua Smukler.

Those allegations were in relation to child safety, and child protection issues.

The school provided the letters to Victoria Police, contacted the Commission for Children and Young People (CCYP) and also conducted an independent investigation.

In an email to the school community last week, the board said it was unable to publicly discuss the independent investigation for privacy reasons, but it has now been completed and provided to the CCYP.

The independent investigator found that “the general response of the witnesses supported a conclusion that the allegations were frivolous and/or malicious”, and “the writer of these letters was concerned with publicly shaming Rabbi Smukler and attempting to do so in an organised fashion”.

The board assured parents that “all allegations are taken seriously and treated appropriately” and that “during this time, there has not been any question regarding the safety and security of your children”.

They asked anyone with specific information that would put the safety of children at risk to contact police.