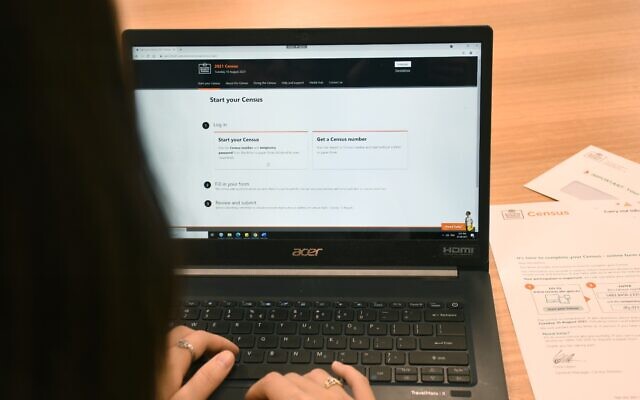 WITH this year’s census approaching on August 10, communal leaders are again urging members of the community to indicate they are Jewish on the religion question.

JCA demographer David Graham said there is “no other instrument” that can parallel the census.

“There is no data source that exists that is remotely comparable in terms of the breadth and the geographical detail of the information. It’s the most comprehensive survey we have of the Jewish population,” he said.

“It is a vital resource for the Jewish community and all the organisations that are tasked with providing services and facilities, as well as planning for the future.”

Graham said having census data “takes away the guesswork”, allowing planners to make informed decisions about what is best for the community.

“For example, it will provide information about the number of Jewish schoolchildren there are now and how many there are likely to be in the future,” he said.

Graham conceded the religion question is “entirely voluntary and no one is obliged to write anything”.

“But we understand that being Jewish isn’t really just a religion. And this is the only place in the census where you can say you’re Jewish. There isn’t a cultural question. There isn’t an ethnic question,” he said.

“However closely or peripherally engaged in Jewish life you are, writing in ‘Jewish’ will benefit you. It allows the community to function in a far, far better way than it would without the data.

“And that doesn’t just affect those who are go to synagogue every week and eat kosher food and are fully engaged in Jewish life. It affects everybody who will ever have anything to do with the community.”

He also encouraged members of the community to fill the census out online as soon as they receive their login codes in the mail.

With no specific “Jewish” box to tick, Executive Council of Australian Jewry president Jillian Segal said it was all the more important to tick the box marked “Other” and write in “Jewish” or “Judaism”.

“That information will help Jewish community bodies to represent the community’s needs to government more effectively and will help us to plan for the future and ensure appropriate provision of critical services and programs,” she said.

Segal added that it is still possible to request and complete a paper form for those who prefer it.

“It is understandable that there are always sensitivities in the Jewish community about privacy, confidentiality and security when identifying oneself as Jewish to governments in any context,” she said.

“However, the law imposes stiff penalties, including imprisonment, on any person, who divulges, directly or indirectly, any identifiable personal information collected in the census.”