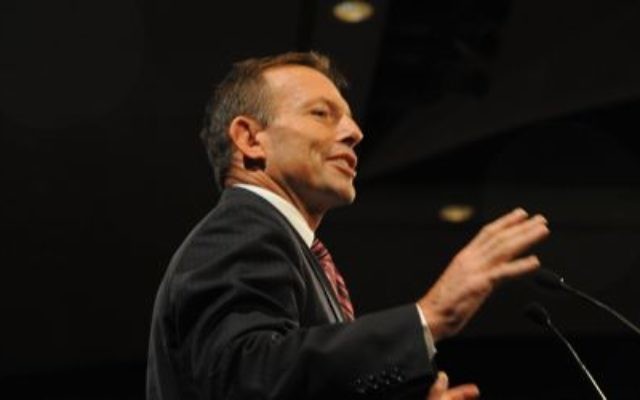 IT seemed scripted – a prominent businessman unleashes on the ineffectiveness of the government, following which, the alternative prime minister stands up to present a case that things would be different with him at the helm.

It wasn’t scripted, but this is what happened at Friday’s Australia-Israel Chamber of Commerce lunch in Melbourne addressed by Opposition Leader Tony Abbott.

But, he then proceeded to slam many of the Gillard Government’s economic policies, saying they had brought down consumer confidence.

“This is a time as a nation when we should be flying and investing in a productive future,” Lew said.

He criticised the national broadband network as “so deeply flawed it contains elements of sovereign risk” and accused the Government of engaging in protectionism on behalf of international retailers by allowing goods bought online to be imported GST-free. The only certainty for Australian businesses in the current environment was “that the cost of doing business will increase”.

Abbott responded with a speech that sought to position his party’s economic credentials, and focused on productivity.

“Our objective is to restore hope, reward and opportunity for all,” he said.

Abbott also reaffirmed the Coalition’s opposition to Palestinian statehood at a UN declaration. “It is the Coalition’s firm view that Australia should support the United States in voting against any application to admit Palestine to the United Nations,” he said.