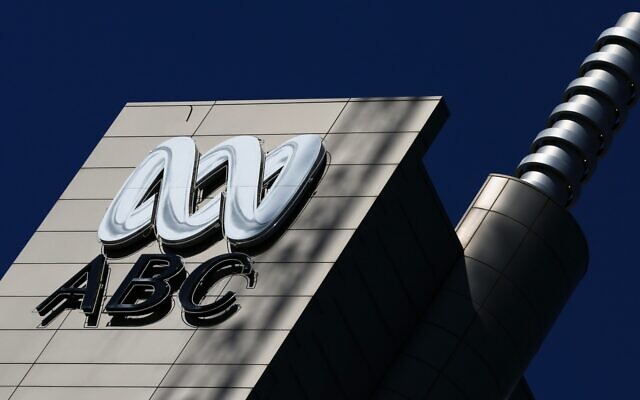 QUESTION? What’s the connection between our national broadcaster and two of the biggest musical acts of the 1970s – Elton John and the Jackson Five?

Answer: It’s nigh on impossible to think of the ABC this week without thinking that sorry seems to be the hardest word and that it should be as easy as one, two, three … but clearly isn’t.

Anyone who watched Q&A’s “Trauma and Truth Telling” episode, focused on the recent Israel-Hamas conflict, was treated to an obscene example of imbalanced broadcasting that had the audacity to masquerade as a quality, highbrow panel discussion.

It should have been as easy as one, two, three to get representatives of the Israeli or Jewish community to sit on the panel alongside the pro-Palestinian advocates – heaven knows, we have enough communal organisations that could have been approached – but no, the ABC chose only to invite the Israeli ambassador – and when he couldn’t make it the Executive Council of Australian Jewry’s (ECAJ) Alex Ryvchin – to sit in the audience.

The slur is self-evident. But could the ABC apologise when that, and other failings, were brought to their attention? Again that should have been as easy as one, two, three … and ECAJ thought it had been, reporting that the managing director had indeed said sorry.

But no, the ABC subsequently denied any such thing, claiming they were deeply disappointed in ECAJ’s misrepresentation of the meeting. And as for those pesky complaints from the community about Q&A, they were dismissed out of hand.

Sorry wasn’t just the hardest word – it wasn’t even a word in the broadcaster’s dictionary.

To be sure, even prior to the ABC slapdown last week, some were dismayed that ECAJ had given the ABC a free pass, simply accepting an apology for “many errors” without really addressing the substance of communal grievances and holding the broadcaster to account – in effect whitewashing their crimes. Where was a proper public mea culpa, with an admission of the factual inaccuracies, bias and imbalance?

And then, to add insult to injury, the ABC denied any kind of apology, admitted to only a “small number of minor errors” and hailed the “outstanding standard” of its coverage. For shame.

ECAJ stands by its version of events. Could it be that the broadcaster, which has said it has agreed to meet with the Australia Palestine Advocacy Network, was pressured into backtracking?

Either way, the solution to the fiasco that is the ABC is as easy as one, two, three. It’s time for independent oversight of how they spend – or rather misspend – our hard-earned tax dollars.