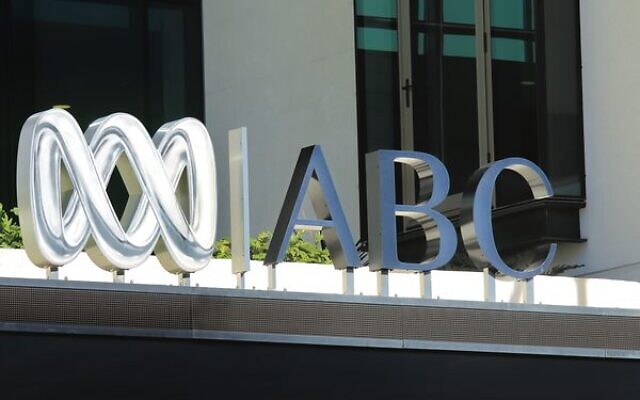 AFTER ramping up their calls for a properly independent complaints process to be adopted by the ABC earlier this year, Jewish groups, alarmed at anti-Israel bias in its reporting, have welcomed the broadcaster’s decision to carry out an independent review of its complaints handling process.

On Sunday, it was announced that former Commonwealth ombudsman John McMillan and ex-SBS and Ten executive Jim Carroll will head the inquiry into how the corporation manages external feedback and complies with its own editorial standards.

Colin Rubenstein, executive director of the Australia/Israel Jewish Affairs Council (AIJAC), who has long campaigned for the ABC to have a genuinely independent external complaints procedure, said, “The need for this has become even more pressing.”

Earlier this year, multiple complaints were dismissed by the broadcaster, including a number about the Q&A episode, “Trauma and Truth Telling”, which was broadcast during the Israel-Gaza conflict in May, and which Rubenstein labelled “appallingly biased”.

He said he hopes the review will result in an independent complaints process which “upholds the ABC Code of Practice, and by doing so will restore a measure of faith in our national broadcaster”.

Co-CEO of the Executive Council of Australian Jewry Peter Wertheim agreed. “No credible public complaints process dismisses more than 95 per cent of complaints it receives, as is the case with the ABC.”

Noting that the national broadcaster announced its own review, rather than having a government impose an inquiry, Wertheim commented that the ABC “has clearly felt the pressure of the mounting public criticisms of its current complaints process”.

Optimistic that the review will bring about change, he said “Both reviewers have an excellent track record,” and added that he hopes it will “not simply be a superficial process or whitewash, but will seek and seriously consider outside submissions and recommend real reform”.

Zionist Federation of Australia president Jeremy Leibler has also been a fierce campaigner for an independent complaints process. “The slipshod ABC complaints mechanism didn’t begin with the biased Q&A episode,” he told The AJN, “For years, the main purpose of the complaints mechanism has been to avoid any admission of wrongdoing, rather than objectively looking at whether a story breached the intent of the editorial guidelines.”

Leibler said he hopes “the outcome of the review will result in an objective complaints mechanism, and this is what we will be advising Messrs McMillan and Carroll.”

The ABC board is expected to see the review in March 2022.