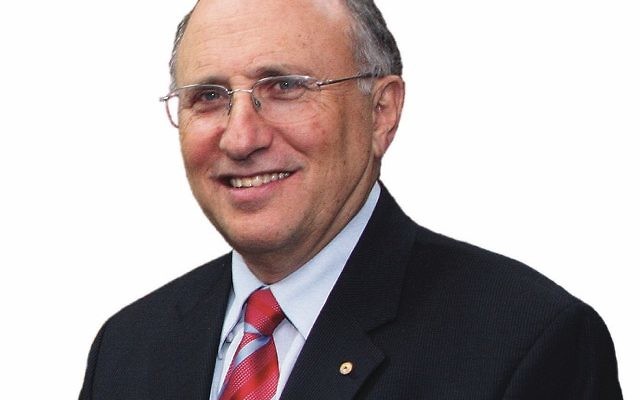 Colin Rubenstein has criticised the ABC's lack of coverage regarding the rocket attacks on Israel.

THE Australia/Israel & Jewish Affairs Council (AIJAC) has written to the ABC’s managing director Michelle Guthrie asking her to explain the lack of coverage of last week’s rocket attacks on Israel from Gaza, the largest bombardment since the war with Hamas in 2014.

AIJAC executive director Colin Rubenstein noted that apart from one Al Jazeera-sourced report broadcast twice on ABC Radio National News Radio, it seemed the broadcaster was unable to find room on any of its many flagship programs or websites to report on the attack, which was unequivocally condemned by numerous world leaders and the UN’s own Middle East envoy.

“As AIJAC’s letter says, more than 200 rockets were indiscriminately fired at Israel,” said Rubenstein. “The UN’s own Middle East envoy Nickolay Mladenov said the ‘firing of rockets and mortars against civilians cannot be justified under any circumstances’. Yet there was no coverage on AM, PM, Breakfast, 7.30, ABC TV News, nor abc.net.au.”

He added, “This almost complete lack of coverage stands in contrast to most of the Australian media – including Fairfax, News Ltd and SBS – which seemed to have no problem identifying the attacks and the international reaction to them as newsworthy.”

Rubenstein also contrasted the ABC’s silence on the rocket attacks with a report on Sunday about the death of a Palestinian medic, as well as the “very extensive coverage of the deadly clashes along the Gaza border over previous weeks”.

The ABC’s decision not to cover the rocket bombardment from Gaza was, said Rubenstein, “one more addition in a growing list of glaring failures by the taxpayer-funded ABC to meet its statutory requirements to be fair and balanced in its coverage”.

Rubenstein also criticised the ABC for its ongoing use of Al Jazeera-sourced reports, particularly on ABC News Radio.

“Al Jazeera has a known agenda against Israel and in favour of Hamas and the Palestinians,” he said.

“Al Jazeera is owned and controlled by the Qatari royal family which shares the Muslim Brotherhood’s Islamist agenda and provides political and financial support for Hamas. Using it undermines the ABC’s own requirement under its code of conduct for fairness and balance in reporting.”

A spokesperson for the ABC told The AJN that any complaint would be subject to the normal process and that the broadcaster would respond in due course.