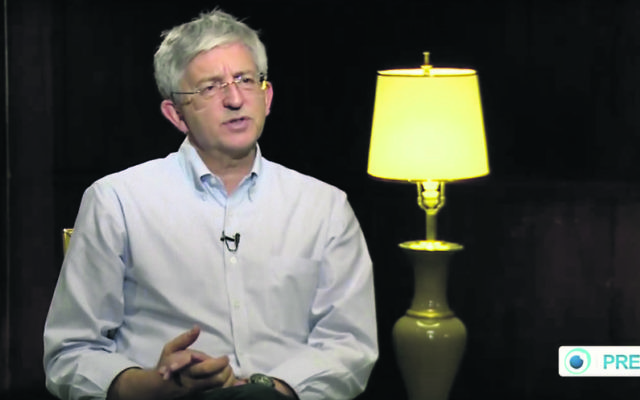 THE ABC has come under fire for giving a platform to a retired British priest, notorious for posting material claiming links between Israel and 9/11, on Good Friday and the eve of Pesach.

Dr Stephen Sizer, who stepped down from the pulpit of Christ Church in Surrey last year, has previously drawn complaints from the Board of Deputies of British Jews for his promotion of anti-Semitic websites and had been censured by his own church and banned from using social media for six months.

He also courted controversy for participating in a 2014 conference in Iran, which the Board of Deputies labelled an “anti-Semitic hate fest”.

Appearing on Radio National (RN)’s Good Friday Breakfast, Sizer attacked the concept of Israel. “It’s problematic for me to talk about a Jewish State because by definition there’s an element of exclusion for non-Jews.”

Sizer said Israel welcomes “financial” and “political” support from Christian Zionists, but he falsely claimed, “You will not find a single serving [US] senator or congressman critical of Israel.”

The British churchman went on to claim Zionists have “diluted the definition of anti-Semitism to include criticism of Israel”.

Sizer, who lectures in Iran, also defended his appearance in the 2014 New Horizon conference held in Tehran, which included sessions such as “Zionist Fingerprints on the 9/11 Cover-up”.

RN host David Rutledge told Sizer, “I accept that you’re not an anti-Semite” but referring to his posting of a link on Facebook to allegations of Israeli involvement in a 9/11 conspiracy, he asked “do you accept that you sail pretty close to the wind?”

Sizer replied, “With hindsight, I probably wish I hadn’t put a hyperlink to an article about 9/11. The particular article was a list of Israelis who had benefited from 9/11 … so far no one has come back to me and contradicted anything that was in the article.”

Anti-Defamation Commission chair Dvir Abramovich said, “The ABC and the producers and host of this show have crossed the line big time, and should hang their heads in shame for providing this individual, on the eve of Passover, with a credible platform to spew his anti-Israel venom.”

An ABC spokesperson told The AJN, “It was made clear throughout the lengthy interview that Dr Sizer is a controversial figure with strongly contested views.”

She said he was “closely questioned on his views throughout the interview, including in a detailed exchange about the accusations of anti-Semitism made against him (which he denies).”