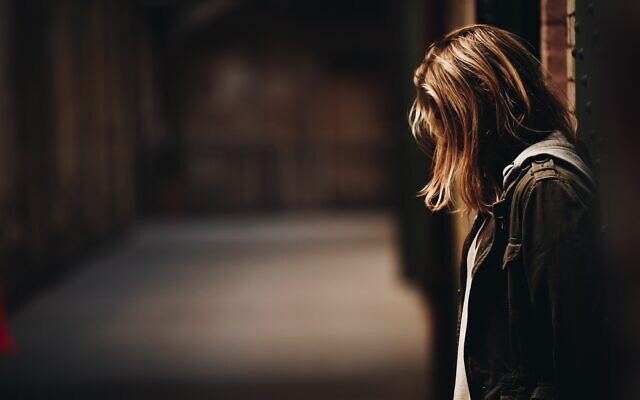 ALMOST three months since the introduction of COVID-19 lockdown restrictions, Jewish social welfare organisations have expressed concerns over the impacts of the pandemic in relation to domestic and family violence.

Jewish Care Victoria’s team leader – healthy communities, Cassandra Barrett told The AJN that while the number of its COVID-19 hotline callers seeking assistance for family violence has been “lower than anticipated … it likely reflects the reduced ability to help-seek during lockdown”.

“Confined to the home with the perpetrator and often in the presence of children, the opportunity to seek help covertly and without further increasing risk is limited,” she said.

“This is a significant point of concern for us and for other family violence providers as well.”

But as lockdown measures begin to ease and the opportunity to reach out increases, Jewish Care is anticipating an influx of reports of abuse.

The experience of the organisation mirrors the broader community landscape as illustrated in Responding to the ‘Shadow Pandemic’, a Monash University study on violence against women during COVID-19. The recent survey of 166 Victorian practitioners found that, “for many women experiencing violence during the lockdown period, there was less ability to seek help”.

And for many in the Jewish community, the loss of “community gaze” and the traditional cornerstones of communal life – e.g. schools, shules, youth movements and mikvahs – “is extremely significant … in order to support safety”, added Barrett.

The Monash survey also found that almost 60 per cent of practitioners observed the pandemic had increased the frequency of violence against women; while half of the respondents said the severity of violence increased.

Additionally, founder and president of Impact for Women Kathy Kaplan has observed that in cases of family violence in the Jewish community, “the element of ‘shame’ can be huge … as is familial reputation and not knowing to whom one can turn to and trust”.

Indeed, alleged child sexual abuse survivor Dassi Erlich told The AJN that as a result of her public profile, multiple members of the community have reached out to her for support.

“What I have been hearing is that lockdown has worsened the predicaments for those who were already experiencing family violence,” she shared.

“No longer could victims get out – to work, for a walk, to spend time with a friend – and so the abuser has more control used to heighten the fear of the victim as violence increases.”

Pathways Melbourne supports those considering leaving Orthodox or ultra-Orthodox communities. A recent study showed around 46 per cent of its ‘Pathfinder’ respondents had experienced physical, sexual, financial, verbal or emotional abuse. But based on anecdotal evidence, co-founder and president Leah Boulton estimates the true figure to be closer to 70 per cent, with the majority being women.

While most have since left their dangerous situations, Boulton said Pathways has doubled the number of online meet-ups in the past few months to help fight the “increased feelings of social isolation that are an impact of domestic violence, exacerbated further by COVID social distancing”.

Echoing Boulton’s sentiments, Barrett implored, “It is okay to reach out. It is never your fault.

“Prevention of family violence requires a whole-of-community approach that focuses on cultural and attitudinal change and greater gender equity. It is a vital movement, and one that we can each play a role in.”

Meanwhile, Sydney’s JewishCare is anticipating a “surge in referrals” for family and domestic violence cases.

While some family and domestic violence support programs have found the number of victims seeking frontline services has increased by 10 per cent during COVID-19, JewishCare has not yet experienced an uptick in referrals, but the current situation facing the organisation may be on the brink of shifting.

Domestic violence counsellor at JewishCare, Rada Pantzer, commented, “We haven’t yet seen a huge spike in referrals because our normal referral services such as schools, synagogues, youth movements, sport groups, extended families and friends were not fully operational or had limited access. During the heightened restrictions stage most services were dealing with the more critical cases and had to triage.

“We hope that people will come forward and reach out for help now that there is more room to move. It was difficult for many people to speak out and they had to tiptoe and de-escalate the situation.”

Pantzer did note, however, that JewishCare has seen “a trickle of new referrals that came from people accessing financial help”, as well as people using coronavirus as an excuse to limit access to the other parent or not pay child support.

“When we began talking to them we could see there was underlying domestic violence as well as other issues,” she said.

Another Jewish organisation in the area has also seen alarming incidents of a similar nature.

Sharing her experience, one client at Jewish House commented, “My relationship has always been tough, but with the pressure of COVID and my husband losing his job – his drinking got worse, and the arguments became more frequent. The night I left and came to Jewish House with my daughters was so difficult, but I was comforted by the staff and their understanding.”

Jewish House’s CEO Rabbi Mendel Kastel said, “Many people are very stressed about their future and this is coming out at home with their families … We are finding men who are asking for help as they are finding it hard to cope.”

In the midst of recent reported increases in domestic violence, one financial barrier for victims was recently mitigated due to the initiation of the Australia–Israel Chamber of Commerce NSW (AICC) in bringing the Bank of Israel’s model to the Australian Banking System.

Referring to the development as “an amazing breakthrough”, CEO of AICC Michelle Blum commented, “The Bank of Israel’s innovative model has provided the inspiration for AUSTRAC’s recent announcement of its changed customer ID rules which will give bank staff appropriate flexibility when assisting domestic violence victims with their financial requirements.”

The wheels for the proposed change were set in motion after 30 women on the AICC’s 2018 Women Leaders TradeMission to Israel heard about the Bank of Israel’s more flexible approach when dealing with ID verification of domestic violence victims.

“COVID and the financial pressure experienced by many might have been one of the reasons that it’s been fast-tracked,” said Blum. “Financial control is a form of abuse that many victims are facing so this helps them extricate themselves from that.”

Member for Vaucluse Gabrielle Upton, who attended the mission, recently passed a notice of motion in NSW Parliament congratulating chair of the AICC (NSW) Jillian Segal, businesswoman Jillian Broadbent and Blum for “championing this important reform”.

The AICC will host an official launch event on July 3. Details will be released on the AICC website shortly.