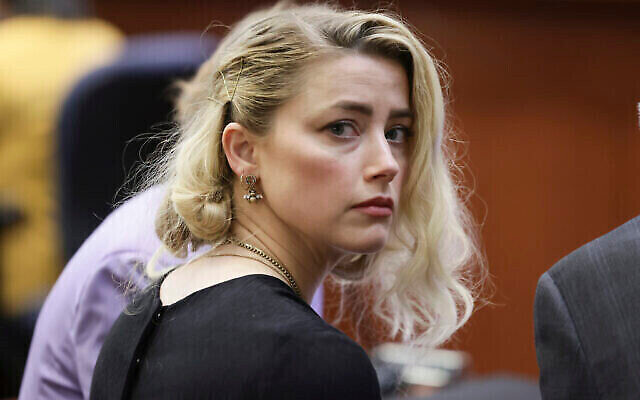 Actress Amber Heard has been spotted on vacation in Tel Aviv in recent days, just weeks after the end of her explosive defamation trial against ex-husband Johnny Depp.

Heard was first seen at a cafe in south Tel Aviv last Monday, dining with her friend, journalist and pro-Israel activist Eve Barlow. The actress was later photographed by paparazzi pushing her daughter in a stroller around Tel Aviv.

Heard was said to be hoping to keep a low profile during her visit to the Jewish state, following a media onslaught during the highly publicised trial that made headlines around the globe.

On Saturday, Halper’s Bookstore, a used bookseller in Tel Aviv published a photo of Heard that it said was from her visit to the shop the previous Tuesday.

“Say what you want about Amber Heard, (and what little I knew about her was negatively influenced by the media as well), the person who browsed my store last Tuesday for almost an hour, with her toddler baby girl and a couple of friends, was a modest, polite, friendly, inquisitive self-effacing customer with high literary tastes,” the store’s owner, J.C. Halper, wrote on Facebook.

Halper added that Heard was wearing a gold Jewish star necklace, and wrote that “As an Israeli, I can only admire the fact that she has come here, has mixed with the people in stores, cafes, and on the street, and is generously supporting small businesses like mine.”

The book store owner said Heard purchased “Serious poetry books. Philosophy as well,” and signed his guestbook, writing: “What a gem to find in such a beautiful place.”

Depp sued Heard for libel over a December 2018 op-ed she wrote in The Washington Post describing herself as “a public figure representing domestic abuse.” Depp’s lawyers alleged he was defamed by the article even though it never mentioned him by name. Heard filed counterclaims, alleging that Depp’s former lawyer defamed her by publicly characterising her abuse allegations as a hoax.

On June 2, the jury ordered Heard to pay Depp $10 million in compensatory damages and $5 million in punitive damages. The punitive damages were reduced to $350,000 under a state cap. The jury awarded Heard $2 million on her counterclaim.

The high-profile televised court case turned into a spectacle that offered a window into a vicious marriage. The case captivated millions around the world, including impassioned followers on social media who dissected everything from the actors’ mannerisms to the possible symbolism of what they were wearing.

Times of Israel
AP contributed to this report.