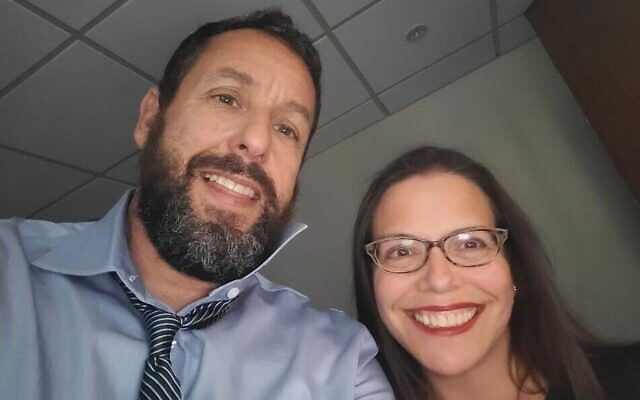 Adam Sandler spent the last 12 weeks in Toronto filming his latest movie, You Are So Not Invited to My Bat Mitzvah.

They filmed the tween flick, based on Fiona Rosenbloom’s 2005 novel of the same name, in Toronto, using Conservative synagogue Beth Tzedec as one of the main locations.

“They filmed in our chapel, in the gym for one of the bat mitzvah party scenes, in the religious school gift shop, the rabbi’s office,” said Rabbi Steve Wernick, Beth Tzedec’s senior rabbi.

“They filmed everywhere you film about a bar or bar mitzvah.”

Both Wernick and the synagogue’s Rabbi Robyn Fryer Bodzin tried to invite the cast members to Shabbat dinner.

“We live right by the shule,” said Fryer Bodzin, “and I thought, ‘Who wouldn’t want a home-cooked meal?” 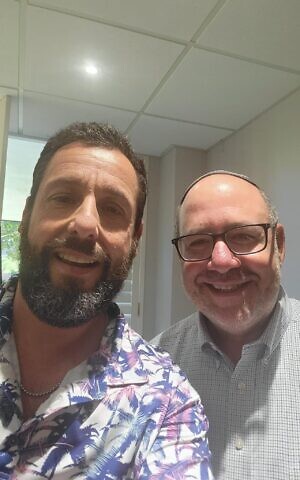 Filming ran late most Friday nights, making it too difficult to host any of the cast and crew.

That didn’t mean that Wernick, Fryer Bodzin and other Beth Tzedec staff members didn’t get to know their celebrity guests.

About a month and a half of shooting took place in Beth Tzedec, said Wernick, where the synagogue’s in-house catering handled the cast and crew’s meals, as anything served in the building had to be kosher. “They loved it!” said Fryer Bodzin.

Having cast and crew milling about the shule meant that Fryer Bodzin and Wernick, wearing their ‘rabbi’ security badges, could walk freely on set and the cast’s green rooms, sometimes bringing some of their own family members to meet the cast.

“It’s as close as we’ll get to a movie set,” said Fryer Bodzin, whose seven-year-old daughter was more impressed by the presence of her camp counsellor as an extra, than by Sandler.

Wernick earned the grudging respect of his 21-year-old daughter, when Sandler fist-bumped the rabbi on set during another visit.

“It added a certain something to the building,” wrote Fryer Bodzin on Facebook. “Adam Sandler and I now call each other by first name. Every time he passed me, I said ‘Hi Adam’ and he said ‘hi Rabbi.’” 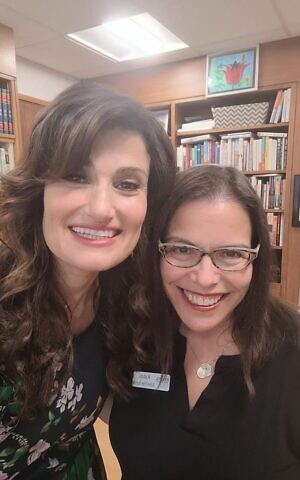 While the film is about a Reform bat mitzvah, Conservative Rabbi Wernick put the producers in contact with nearby Reform synagogue Holy Blossom Temple, where the new assistant rabbi’s wife is a fifth-year rabbinical student at Hebrew Union College, making her the perfect rabbinical consultant for the film.

“She’ll get a credit,” said Wernick, as will Beth Tzedec, as one of the locations.

The rabbis also played some Jewish geography with the actors, eventually making the connection that Sherman grew up at Little Neck Jewish Centre in New York, where both Wernick and Fryer Bodzin have their own family connections.

“She knows her stuff, she’s legit,” said Fryer Bodzin, adding that Sherman and a colleague almost came for a Shabbat dinner but ended up shooting too late that night.

“It was amazing to see the level of detail in each and every shot,” said Wernick. “And the cast and crew, from Adam Sandler to the security guys, were just terrifically friendly and respectful. It was a great experience.”