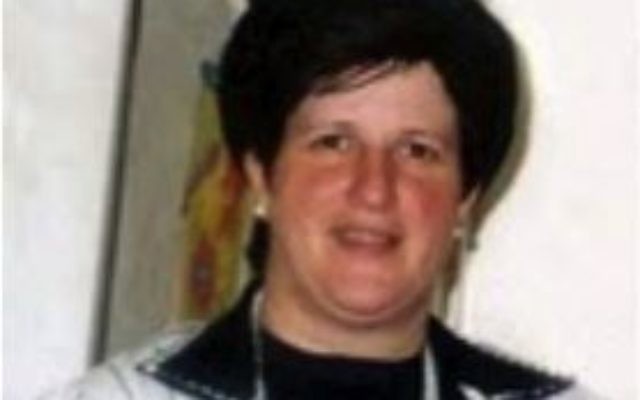 A travel agent told the Supreme Court of Victoria today she was approached by a contract worker for her agency in 2008, with a late-night plea for a hurried purchase of airline tickets to Israel on “compassionate” grounds.

Hours later, in the early hours of March 6, they were used by Adass Israel School principal Malka Leifer and her family to take a night-time flight via Hong Kong to Israel.

Leifer is now under house arrest in Israel, with efforts underway to extradite her to Australia to face criminal charges in relation to her role at Adass.

Hearing evidence in a lawsuit against the Adass school and Leifer by a woman claiming she was sexually abused by the principal, the court today heard evidence from Ernst’s husband Mark (Mair) Ernst, then a member of the Adass Congregation board, that Leifer had been “stood down” after the accusations surfaced.

According to Mark Ernst, Leifer had been “rude” and “aggressive” in a speaker-phone conversation with an emergency gathering at the home of Adass stalwart, the late Izzy Herzog, denying the sex allegations, only hours before the airline tickets were ordered.

The allegations were made by the claimant, then living in Israel, in a counselling session with Chana Rabinowicz, an Australian psychologist there. The court earlier heard Rabinowicz had urgently contacted the claimant’s sister in Melbourne who confirmed the allegations.

Mark Ernst said he first learned of the allegations from another Adass congregant when the two met outside Rippon Lea railway station earlier on the night of March 5, 2008, and that an Adass meeting would be held on short notice.

He said board members, two Adass teachers, three rabbis and a barrister were among those attending the hastily convened meeting.

Under questioning, Ernst said that after the meeting’s “collective decision” to organise a flight to Israel for the Leifers, he had asked his wife to arrange the tickets.

But he denied knowledge about who was paying for them. Pressed for an answer, he said the tickets were the “least important” of matters facing the committee that night after the claims against Leifer surfaced.

Presented with an email he had apparently sent to another Adass congregant agreeing to pay an amount equal to the air fares, Ernst said he “cannot recall” why he was involved in the payment.

Ernst said that during his time on the Adass congregational board, which ended two years ago, he “made it a point not to know the names and not to know how many girls” were involved in the sexual assault claims.

Asked why he avoided detailed knowledge of the events, he said: “I felt my position was there as a committee member to do everything possible to facilitate and support these poor girls who had gone through this traumatic episode.”

But quizzed by barrister Dyson Hore-Lacy SC, he admitted the committee had never sent an apology to the women or their families.

The court heard today from Mindel Wiesner, a former teaching colleague of Leifer’s at Adass, who testified she saw a female student sitting on Leifer’s lap during a ride home from a camp at Emerald.

Two letters from Danby to the Department of Immigration supporting Leifer’s visa application were tendered to the court.

Danby today clarified his involvement: “In 2000, I was asked by the Adass School to help secure a visa for a female religious educator. She successfully transferred to Australia, with her husband and eight children, later that year.

“Of course, 15 years ago at the time I wrote the letters, there was no hint of any of the kind of allegations that have been made against her now in the Victorian Supreme Court.”

He added, “Child abuse is a pernicious evil. Anyone found responsible should face the full consequences of the law.”