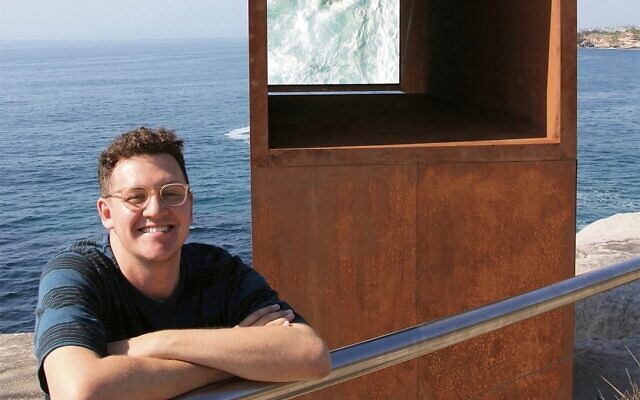 Joel Adler with his artwork.

But the Emanuel School alumnus has managed to unify these groups, who all agree his artwork, Viewfinder, displayed in this year’s Sculpture by the Sea, is a mesmerising, artistically skilled sculpture worthy of special recognition.

Voted by other exhibiting artists in Sculptures by the Sea, Adler won the Artists’ Pick, as well as the Allens People’s Choice Prize and Kids’ Choice Prize.

“Winning the awards is a confirmation for me that the work spoke to people on many levels,” he said, adding that the Artists’ Pick, in particular, is “very meaningful for me”.

Perched along the Bondi to Bronte coastline, Viewfinder offers a breathtaking scene of the waves crashing against the cliffside below through a periscopic mirror.

“A friend described the work as disarming, and I think that the feeling of surprise can have that effect on people,” remarked Adler.

His desire to create Viewfinder stems from a simple but powerful concept.

“It’s about not taking our natural surroundings for granted. The motivation was to make a work that shouts at people, ‘Hey look over here, isn’t this beautiful?’ It’s a pretty simple concept but sometimes reframing something can help us appreciate aspects of our world previously overlooked.” 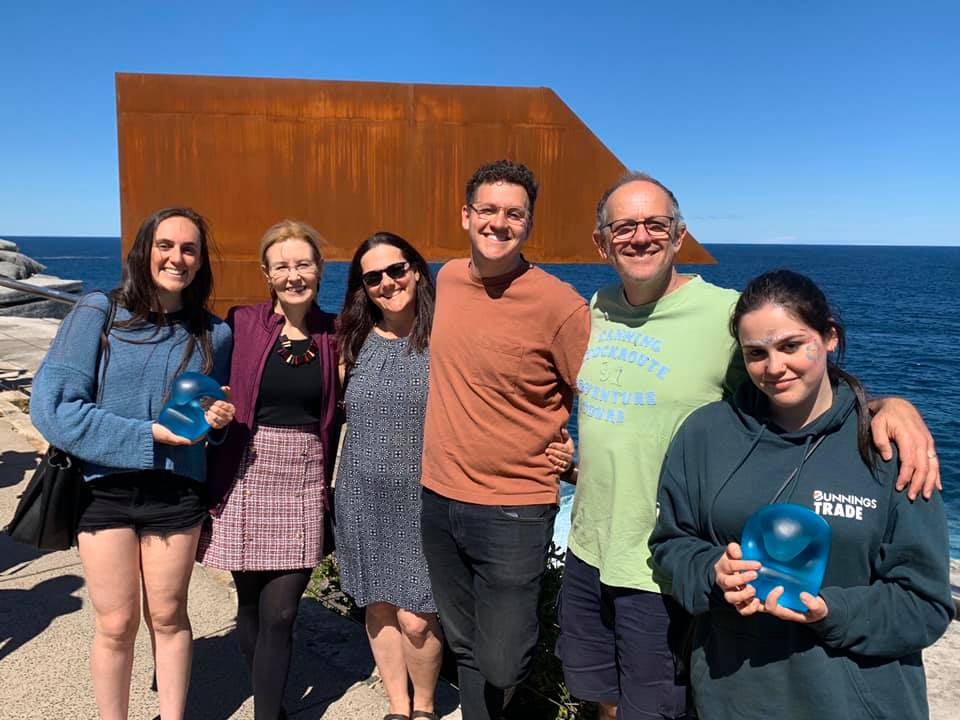 Joel Adler, third from right, with his family and Vaucluse MP Gabrielle Upton.

Adler’s vision for his sculpture extends to how similar ones could enhance the Australian landscape.

“I’m pushing for the original Viewfinder to stay in Waverley, ideally at the original site. There are so many locations in Australia where Viewfinders could be placed. Imagine having Viewfinders as landmarks along the Australian coastline.”

Founding director of Sculpture by the Sea, David Handley, remarked, “What an outstanding work by a first-time exhibitor. Joel received an unprecedented one in three votes from the exhibition’s visitors. The artwork deserves a permanent home.”