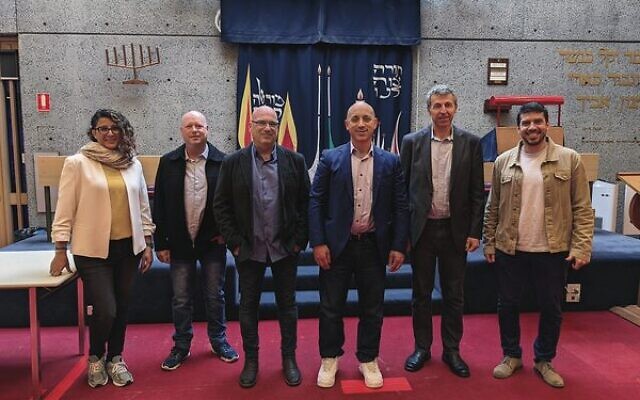 Jewish students received advice on countering antisemitism and anti-Zionism from CEO of the US Anti-Defamation League (ADL) Jonathan Greenblatt, during the Australasian Union of Jewish Students’ (AUJS) “Accelerate” conference in Canberra, held on September 10. Greenblatt was in Australia as a guest of the Jewish National Fund (JNF).

Greenblatt has been at the centre of countering antisemitism in the US, where incidents have been rising, according to the ADL’s annual report. The opportunity to hear from Greenblatt came as AUJS has battled anti-Israel motions at Australian universities, and as Jewish students have faced increasing hostility.

AUJS president Natalie Gunn said, “We are so grateful to JNF for allowing our students to hear from Jonathan Greenblatt. Having the ability to learn from and hear from Jonathan’s experience was very beneficial to our students; they have come out of this program with more knowledge and courage to face the growing rise in antisemitism on campus. Thank you again to JNF for ensuring that the youth of our community have these opportunities.”

JNF education officer Eldad Shoham commented, “This collaboration between AUJS and JNF allowed for Jonathan to truly help the students in the very real threats they face every day on campus as proud Jewish leaders. The inspiring and engaging discussions left students feeling more equipped to face their concerns.”

Greenblatt was a guest speaker at the JNF gala dinner on September 8, along with former president of Ben-Gurion University, Professor Rivka Carmi. The gala dinner contributed towards building secure playgrounds and fortified kindergartens in the Sha’ar HaNegev region in Israel’s south.