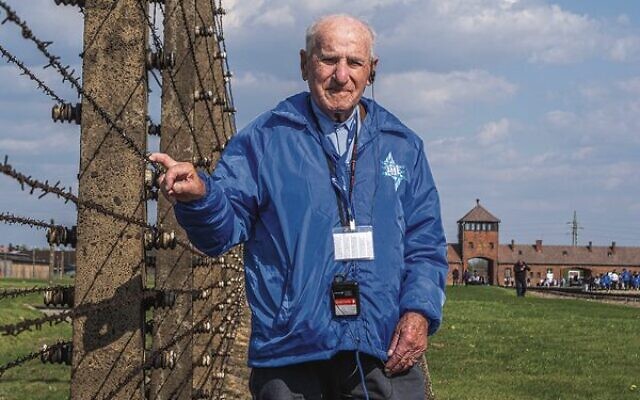 “WE’RE anticipating an absolute bumper turnout to March of the Living (MOTL) in Poland and Israel in April 2023, after having not been there for the last three years due to the pandemic,” MOTL Australia president Cedric Geffen told The AJN last week, when expressions of interest opened.

But the mix of participants will have a new shape.

A focus shift by MOTL Australia on the young adult (18-35) and adult (36+) demographic – including a commitment to raise funds to subsidise young adults unable to afford the program’s full cost – has led, “with much sadness” to the withdrawal of its year 11 student program, which began in 2001.

Geffen said there is already keen interest ahead of the official registration period commencing in mid-September, “and three Australian Holocaust survivors who had planned to go with us in recent years, will still be going in 2023 – possibly one of the last times survivors will be fit enough to do so”.

“We’d been keeping actively connected with the community through MOTL Australia online events, but by its very nature, nothing can match the impact of the in-person MOTL program.

“Spending a week in Poland, culminating in marching with thousands of Jewish people from Auschwitz to Birkenau on Yom Hashoah, followed by the option of a further week in Israel during Yom Hazikaron and Yom Ha’atzmaut, is a very powerful combination.

“The 2023 program will coincide with Israel’s 75th birthday, and MOTL’s 35th anniversary, so it will be extra special.”

On the discontinuation of MOTL Australia’s high school program, Geffen said, “We realised that in the past, young adults haven’t been our major focus, and many didn’t have the opportunity, or the means, to go on a MOTL program before.

“We believe that 20 to 25-year-olds in particular – the university students and young professionals – are the missing gap, and in the fight against antisemitism, are the ones to lead the way forward.

“The most meaningful and impactful way to help them do that, is for them to go on a MOTL program.”

Geffen added, the leaders of the 2023 young adult MOTL program “will be young adults themselves, including many who’d been on the student program, saw its potential, and chose to stay involved”.