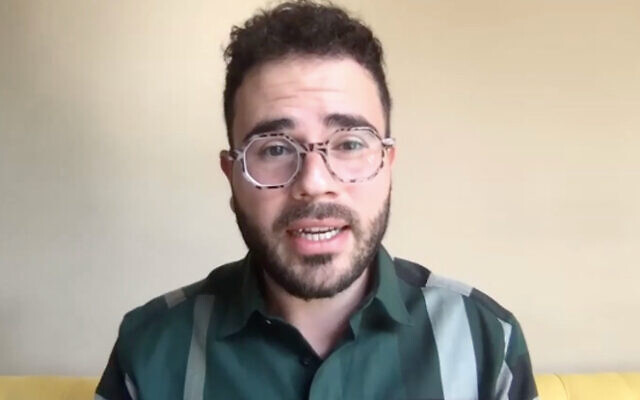 MIZRACHI and Sephardi Jews do not want the land that was taken from them – estimated to be equal to five times the size of Israel – given back, nor do they want money and property estimated at US$300 billion returned.

“I think what they want more than anything is to have recognition; that the world will bear witness to what happened to them,” Israeli writer, speaker and advocate Hen Mazzig said on Monday night.

Addressing the NSW Jewish Board of Deputies annual commemoration marking the plight of the 850,000 Jews who were expelled from Arab lands, Iran and North Africa, Mazzig – who is of Iraqi and Tunisian ancestry – spoke of his family’s own history of persecution and escape.

Every year on November 30 the Jewish community marks the plight of Jews from Arab lands and Iran. November 30 was chosen…

Posted by NSW Jewish Board of Deputies on Sunday, November 29, 2020

“My grandmother still remembers the Farhud that happened in June during Shavuot, how she saw a Jewish mother and her eight children being shot one after the other in the street, to see her best friend later that day, a teenage girl that was disabled, being raped,” he said.

He described how they were not allowed to take any property with them when they fled, with their passports stamped “never to return”.

Mazzig is one of the 55 per cent of the Israeli population with Mizrachi or Sephardi heritage.

“We have returned to our indigenous homeland,” he said, noting that Jews have “a spiritual and stewardship relationship with the land of Israel since the beginning of our collective memory”.

He said the exclusion and denial of the rights of Jewish refugees form Arab countries “continues to prejudice authentic negotiations between the parties in this region and finding a just and lasting peace between them”.

“It is crucial for us to share these stories and to teach others and to educate about our connection to this land,” he said.

“We were never treated as refugees, the UN never called us refugees, we never received any compensation, any acknowledgement, and I think that the most important thing for us is that we will be recognised.”

He urged those watching to use social media to advocate for the recognition of the Jewish refugees.

“It’s free, it’s simple, it’s on your phone and even in the beginning if you get five followers, you’re still changing the minds of five people.”