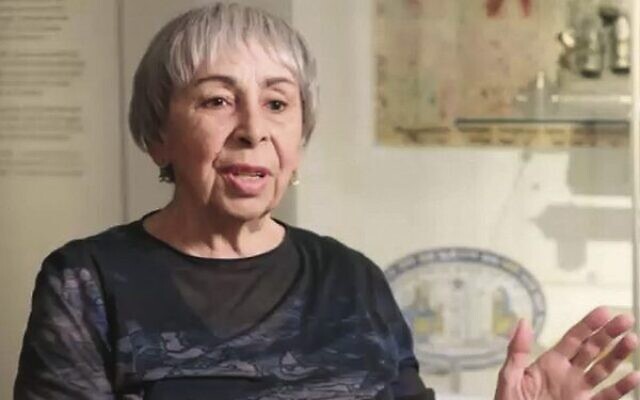 AFGHANISTAN once had a flourishing Jewish community of more than 40,000 people, but as of this year it has none at all.

The persecution, antisemitism and suffering experienced by the country’s Jewish refugees – including many that lost all their possessions, and those that lost their lives – was the central theme of reflection at this year’s online commemoration of the Plight of Jews who lived in Arab and Islamic Lands on Tuesday night.

Hosted by the Sydney Jewish Museum, NSW Jewish Board of Deputies, Israeli Embassy and Sephardi Synagogue, viewers heard first-hand accounts of antisemitism experienced by Mary Levy in her childhood in Kabul – from stones being thrown at Jewish students to a day when two young Jewish friends disappeared and were later found dead.

Sarah Sinclair, meanwhile, recalled the challenges faced by her parents when they moved from Kabul to Israel for their safety.

Israeli Embassy deputy chief of mission Ron Gerstenfeld said, “After 2500 years of Jewish communities living in Afghanistan, the anti-Jewish violence, and pogroms inspired by the Nazis in the 1930s, saw the Jewish community [there] stripped of their home and their citizenship.

“As the situation deteriorated, they became more unsafe, and they began to flee.

“We must remember the stark experiences of the Jewish refugees from Afghanistan, and acknowledge their suffering, because it is from this tragedy that the multicultural societies of Australia and Israel have been further enriched by those refugees … and we’ve made our land their home.”

After Rabbi Michael Chriqui from Sephardi Synagogue recited the memorial prayer, JBOD’s vice-president Nathalie Samia concluded by describing the stories of Jewish refugees from Islamic lands as “a narrative that doesn’t get told often enough, but needs telling”.

“It is often characterised by people leaving behind their families, belongings, homes and sometimes their identities, but also by perseverance and trauma – characteristics we see across our Jewish Diaspora.”