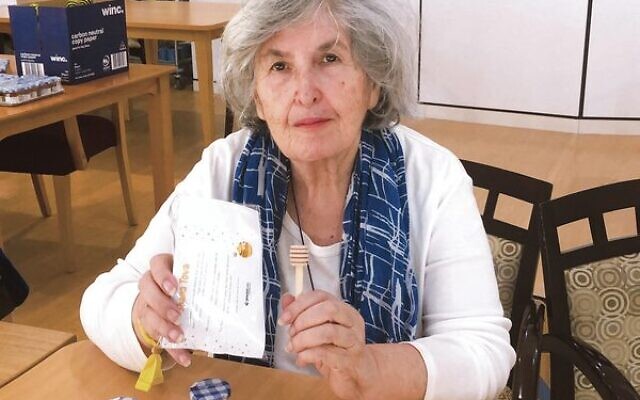 WHILE residents at Jewish Care and Emmy Monash couldn’t see family during the High Holy Days due to restrictions, they enjoyed numerous activities to celebrate and observe the holiest time of the year.

Despite ongoing lockdowns, traditional Rosh Hashanah dinners and mini prayer gatherings were held at all three Jewish Care Residential Aged Care Homes. The first night’s festivities included a pre-dinner Zoom for family and friends of elders to wish loved ones a Shana Tova.

Some staff at Gary Smorgon House also joined the elders to celebrate.

“At home we had guests at our table, so why should it be any different here?” said elder Margit Meier, who was proud to host the staff, whom she considers part of her extended family.

Services were also held in the three homes throughout Yom Kippur and a pre-Kol Nidrei service was streamed from the shule in the Anne and Eric Smorgon Active Living Centre. It was played in the aged care homes and watched by many friends, family members and staff members of Jewish Care.

At Succot, succahs were erected and enjoyed by elders and those living with a disability in Jewish Care homes.

Succahs were also constructed at Emmy Monash where residents enjoyed yom tov services conducted by Rabbi Michoel Stern, who had blown the shofar in the month of Elul leading up to Rosh Hashana.

“The resilience of Emmy residents never fails to buoy our spirits,” said the team in a statement. “Despite restrictions, we used technology to connect with loved ones and valuable community partners and volunteers so that festivities remained special. The result was a jubilant and meaningful festival.” 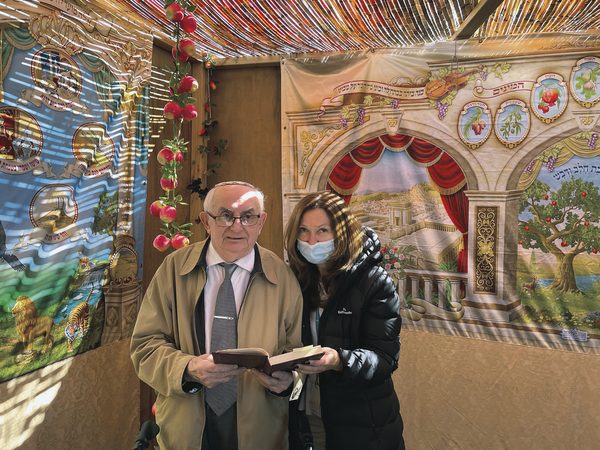 Emmy Monash resident Josef with a staff member in the succah.

Staff requested that loved ones send in family photos with a special message which were then displayed around Emmy. The images were decorated with a festive frame and prompted many conversations among residents pointing out their grandchildren and great-grandchildren with immense pride.

Emmy culture and well-being manager Debbie Jacobs said: “Enabling residents to stay connected to family and their community during this time is so important for everyone’s wellbeing. Some stunning artwork was also created by residents which ensured they were central to our celebrations and that their home felt heimish.”