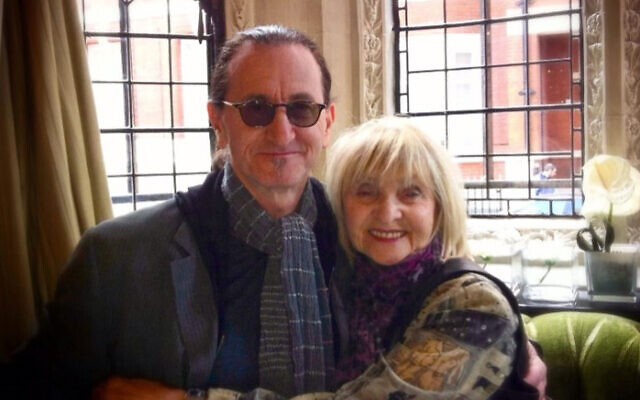 Rockstar Geddy Lee found never-before-seen photos of his mother’s family thanks to a new effort to apply artificial intelligence facial recognition technology to photographs from the Holocaust.

Lee’s mother, Holocaust survivor Mary Weinrib, died last summer at 95 years old. But the researchers of the AI technology, From Numbers to Names, managed to find a photo of Weinrib from her time at the displaced persons camp in Bergen-Belsen — a photo that then led Lee to find other photos of his mother’s extended family from the Yad Vashem photo collection.

Aside from her love for cooking and baking for her family during the Jewish holidays, Weinrib was an early supporter of Lee’s band Rush. The documentary series From Cradle to Stage, created by Foo Fighters musician Dave Grohl, explores the influence of mothers on their rock star children. The final episode of the first season from last year focuses on Weinrib and Lee’s relationship. Lee, whose given name was originally Gary, revealed a few years ago that the reason he is called Geddy is because that’s how his name sounded in his mother’s thick Polish accent. Once his friends caught on, they started calling him Geddy too, so eventually, he changed his name.

Created by Daniel Patt, a Google engineer and the descendent of four Holocaust survivors, From Numbers to Names allows users to upload a photo and then suggests ten other photos with faces that could be a match. The technology is now being used by the United States Holocaust Memorial Museum’s photograph collection. The museum collection, which already had more than 34,000 photos, will now include access to an additional one million photos to “improve the scope and quality of the tool,” according to the From Numbers to Names website. 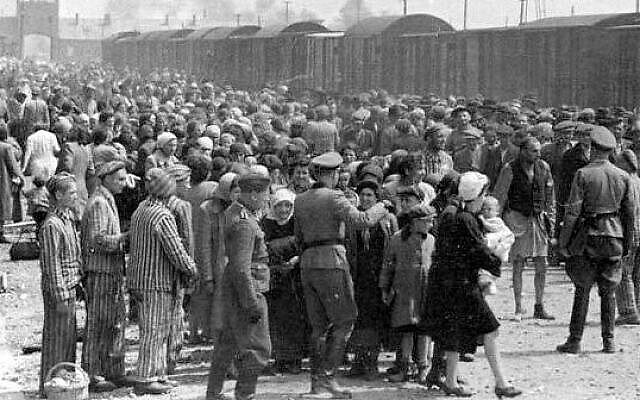 Hungarian Jews on the Judenrampe (Jewish ramp) after disembarking from transport trains at Auschwitz-Birkenau, May 1944. Photo: The Auschwitz Album

Patt told The Times of Israel he was inspired to create an AI product while on a 2016 trip to the POLIN Museum on Polish Jewish history in Warsaw.

“I couldn’t shake the feeling that I had potentially walked past a photo of a family member without even knowing it,” he said.

“We make no software-based assertions about identifications and leave this judgment to individuals using the site,” Patt told Times of Israel. “We simply show results, with similarity scores, and let individuals decide whether the results contain a positive identification.”

Patt says N2N has analysed nearly 500,000 photos with around two million faces, and hopes to partner with museums, schools, research institutions and other Holocaust education organisations to share identifications. N2N is also beginning to analyse videos from the Steven Spielberg Film and Video Archive at the US Holocaust Museum.

AI technology has been widely used in preserving and presenting Holocaust testimony in recent years. Second gentleman Doug Emhoff recently spoke with an interactive video AI bot of a Holocaust survivor at the University of Southern California’s Shoah Foundation.