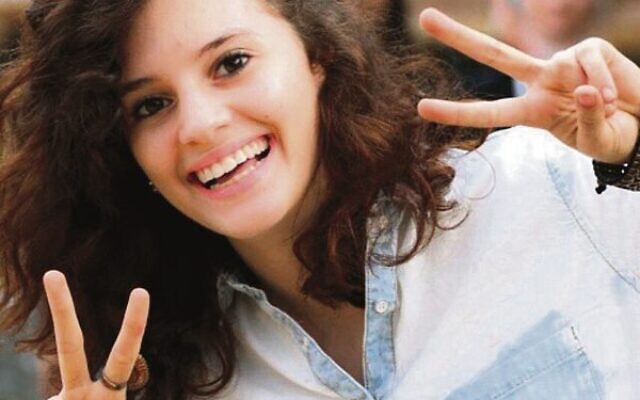 When Aiia Maasarwe, a student at Melbourne’s La Trobe University, was tragically murdered in the Victorian capital in 2019, news of her death made headlines around the world.

Now, the young Arab Israeli woman’s memory is being honoured with the awarding of two fellowships funded significantly by the Gandel Foundation, for Palestinian physicians to train in Israeli hospitals.

The Aiia Maasarwe Memorial Medical Fellowship Program is an initiative of Project Rozana, an international NGO headquartered in Melbourne.

Project Rozana founder and chair Ron Finkel said the endgame is to create a system that can keep pace with rapid population growth, respond to the increasing demand for qualified practitioners in different fields, and reduce patient referrals to Israel and abroad.

“The mission of Project Rozana is to build better understanding between Israelis and Palestinians through health while at the same time building Palestinian health capacity. The development of these respectful relationships underpins peacebuilding efforts in the region,” Finkel said.

The two fellowships, to be awarded on the fourth anniversary of Maasarwe’s death, will address identified gaps in the Palestinian health system in the key areas of paediatric intensive care and ophthalmology.

More than 40 per cent of the Palestinian population of almost five million people in the West Bank and Gaza are under the age of 15.

That cohort is currently served by only 10 paediatric intensive care beds spread across the West Bank and East Jerusalem. 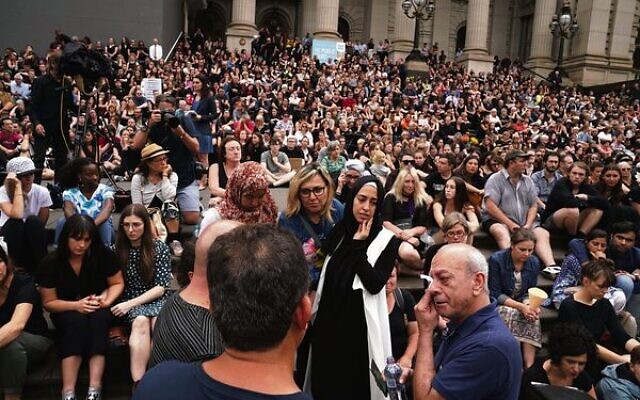 Mourners at the vigil for Aiia Maasarwe in Melbourne 2019. Photo: Stefan Postles/AAP.

Project Rozana deputy chair Dr Jamal Rifi said, “There is a lack of intensive care specialists in Palestine, preventative health measures are poor, the overall living environment is unsafe, particularly in Gaza, and there is an absence of paramedic care.

“The result is a high incidence of trauma and poor prognosis in Palestinian children which negatively impacts the family and the wider Palestinian society.”

In the area of eye health, the West Bank and Gaza are served by only one hospital, St John Eye Hospital in East Jerusalem, for all ophthalmology services.

St John has four small outreach clinics in the West Bank and Gaza and there are also limited services provided by private clinics. The PA Ministry of Health is seeking to establish a specialist eye hospital near Ramallah and the NGO-run, Al Ahli Hospital in Hebron is setting up a specialist department, but requires qualified staff to operate it.

“With regard to the fellowship program, we work closely with the Palestinian health system to understand its needs and then respond with a strategic plan to meet these.

“Some specialities will require up to six years’ training, so ours is a long-term vision,” he said.

Following Maasarwe’s death, her family expressed their strong support for the establishment of a fellowship in her name, saying that they want her memory and legacy to spread love and hope.

Maasarwe’s father, Saeed, who visited Australia after his daughter’s death, said, “I believe that one of the best ways to honour Aiia is to make her legacy a positive impact in the world.

“Aiia would have been inspired by Project Rozana and its commitment to ensure that Palestinians living in the West Bank and Gaza receive the same level of healthcare that we do in Israel,” he said.

“Project Rozana shows that Israelis and Palestinians can live and work together in harmony, and that is also something that was important for Aiia.”