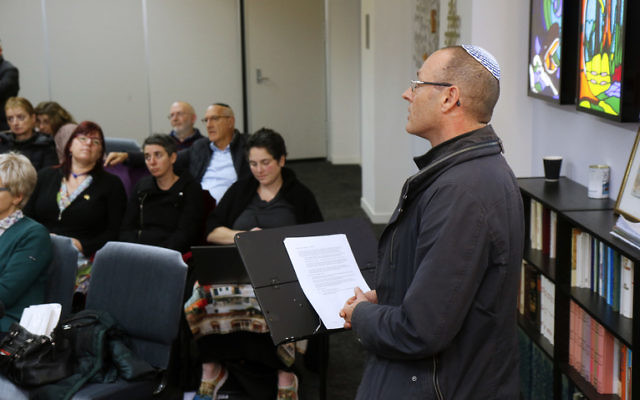 THE Jewish Community Council of Victoria (JCCV) has voted overwhelmingly to censure the Australian Jewish Democratic Society (AJDS), one of its constituent organisations, over its promotion of a pro-Palestinian rally held in May.

At its July 2 plenum at Kehilat Nitzan, JCCV delegates voted 17-2 for a motion that “censures the AJDS for its refusal to condemn unconditionally the ongoing Hamas military campaign against Israel, including indiscriminate military action targeting Israeli citizens”.

The motion also slammed the AJDS for its “ongoing public campaign … to denigrate Israel and to misrepresent the Hamas-led border incursions as ‘non-violent'” and “its consistent refusal to acknowledge Hamas’ rejection of Israel’s right to exist”.

It was not the first time the AJDS has drawn the ire of the Jewish roof body in recent years. This week’s censure follows the JCCV’s strong condemnation of the AJDS in 2013 for supporting a partial boycott of Israel.

However, in the wake of one delegate’s call at this week’s plenum to “condemn and perhaps later to expel” the AJDS, delegates were informed that any moves to remove the AJDS from the JCCV, which have been mooted in recent weeks, could only be decided by the JCCV executive.

JCCV vice-president Anton Hermann moved the motion, referring to “factually incorrect statements” made by the AJDS, “but more importantly that a line has been crossed” because the organisation violated the JCCV’s policy platform, “which expresses solidarity with Israel”.

“AJDS has crossed a line by aiding and abetting those who would have the destruction of Israel as their preferred policy,” he said.

Hermann said the May 19 CBD rally was organised by Solidarity With Palestine to mark “Nakba Day”, and the AJDS had tagged the event on its Facebook page with the words, “This is happening today! Please come!”

He said the rally included speakers accusing Israel of “ethnic cleansing” and “this choice of words is highly offensive and designed to be so … a form of vilification”.

The rally also urged a Palestinian “right of return” which he said is “code language for the destruction of Israel”.
Hermann also condemned an AJDS statement on its website regarding the rioting at the Gaza barrier in which “the suggestion is that there was no provocation whatsoever for the IDF to secure the border with Gaza”.

Supporting the motion, Zionism Victoria president Sharene Hambur said that “with the right to express views also comes an obligation to make sure that those views are factually based”.

“Hamas itself has acknowledged that of the 62 people killed [on May 14], 50 of them were Hamas fighters,” she said, adding that all JCCV affiliates need to support the roof body’s policy of counteracting disinformation.

AJDS delegate Sivan Barak said “I understand the concerns” of the JCCV, and noting other delegates’ impressions that AJDS “is for Hamas, is perhaps anti-Israel”, stated, “That is not the case … most of us actually clearly love Israel and that’s what drives us”.

Lamenting the state of her organisation’s relationship with the JCCV, she said, “We never really sit and talk to each other, so there’s this kind of dehumanising of the other.”

Supporting the AJDS, Bund delegate Doodie Ringelblum said the JCCV’s purpose is to reflect the diversity of views within the Jewish community and that “there’s no purity test for being a member of this community”.

JCCV president Jennifer Huppert asked for a show of hands from delegates and announced the 17-2 decision, with one abstention, to support the censure motion.