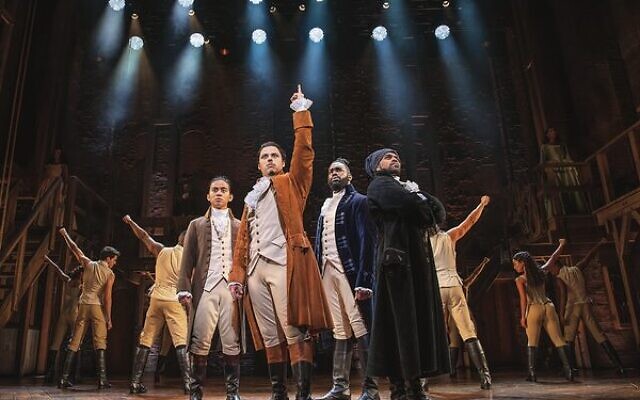 Hamilton won 11 Tony Awards and is one of the top-grossing Broadway shows of all time. Since 2015, Alexander Hamilton’s story has been captivating the world. But how much is actually known about the American founding father’s childhood?

Historian Andrew Porwancher has been researching Hamilton since 2011. A professor at the University of Oklahoma, Porwancher began looking into Hamilton’s past so he could add some biographical information to his lectures which covered constitutional history.

While he had heard rumours purporting to Hamilton being Jewish, it was during his research that he found records showing the founding father had attended a Jewish school as a child, while growing up on the Caribbean Island of Nevis. Apparently, Christian children simply did not attend Jewish schools in that time.

So, was Alexander Hamilton Jewish? Seemingly, it all boils down to his mother’s name.

Before Hamilton was born, his mother, Rachel Faucette, was married to Johann Michael Levine. If Levine was Jewish, in accordance with the law of Denmark at the time, Rachel must have converted to Judaism before she was married.

Porwancher said that while there are no registered records of Levine being Jewish, many notable Jews of the time were not registered in official Danish records either.

On top of this, Levine was a merchant which was a typical Jewish profession at the time, and Rachel and his child was not baptised as an infant.

Due to their troubled marriage, Rachel ended up leaving Levine and fleeing to the island of Nevis.

If Rachel did convert, her children are Jewish, including Alexander, a child from Rachel’s second marriage to James A Hamilton.

While he may not have openly identified as Jewish, it’s quite a compelling theory, especially when you consider the close relationship he forged with the American Jewish community, advocating for Jewish citizens in court, championing religious freedom and speaking out against antisemitism.

Described by creator Lin-Manuel Miranda as a musical about “America then, as told by America now,” the production captures Hamilton’s life story in two acts.

Perhaps it is missing a piece of the puzzle.

Hamilton has reopened at Sydney’s Lyric Theatre and premieres in Melbourne at Her Majesty’s Theatre in March 2022. Bookings: hamiltonmusical.com.au