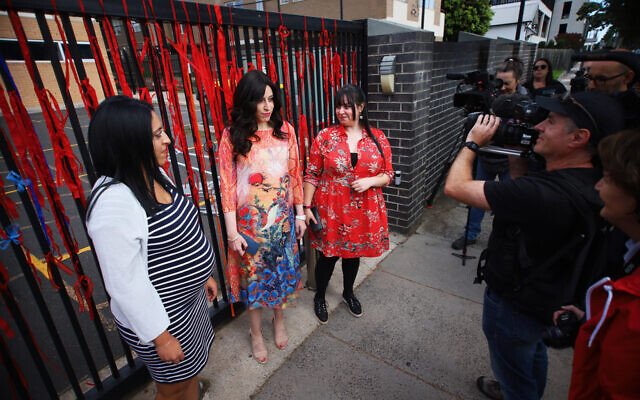 DASSI Erlich was not expecting to feel so emotional when she returned to Adass Israel School on Sunday, “but I did tear up in going there,” she told The AJN.

Erlich, accompanied by her sisters Nicole Meyer and Elly Sapper, returned to the gates of the school where they were allegedly abused by former principal Malka Leifer for an event organised by Loud Fence. The grassroots movement ties ribbons around the fences of institutions in a show of solidarity for victims and survivors of child sexual assault, aiming to give survivors a voice, and to create awareness in the community.

Former Victorian premier Ted Baillieu, Member for Caulfield David Southwick and more than 50 members of the Jewish and broader communities, joined with the sisters to tie red ribbons to the school’s gate on Beavis Street, Elsternwick. ABC’s Australian Story filmed the event, which will air at 8pm on Monday.

“Reclaiming that space in a positive way felt so empowering,” reflected Erlich, continuing, “but also knowing we weren’t there alone was so powerful”.

“For years we walked through that gate, feeling like there was no escape. Never would we imagine that we would be back, years later, and with such immense support.”

While Leifer’s alleged victims including Erlich and her sisters have never received an apology from Adass Israel, Erlich revealed that the school was happy for the event to go ahead. As of Wednesday morning, three days after the event, the ribbons remained on the school’s gate. 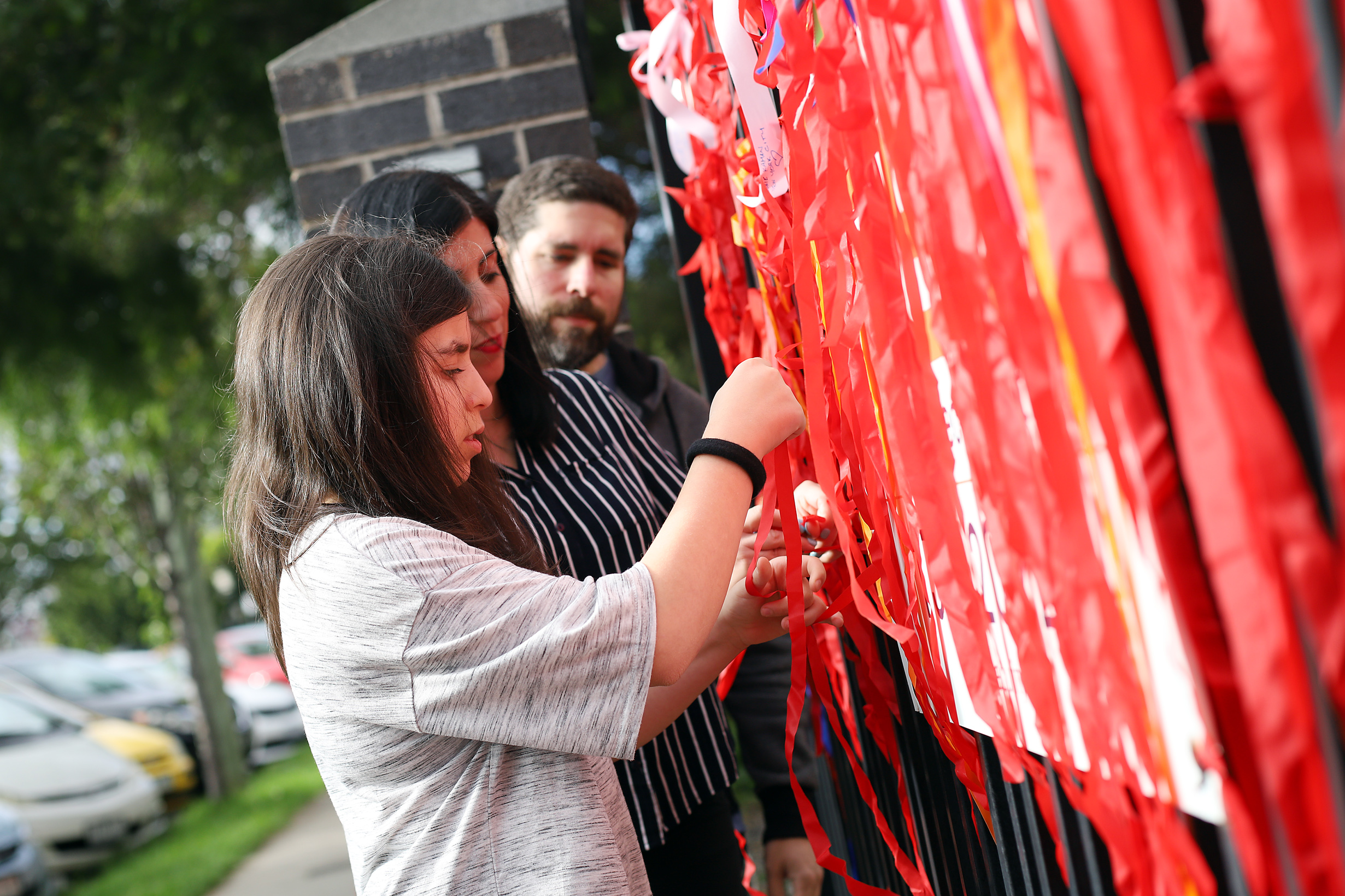 President of the Adass Israel Congregation Benjamin Koppel told The AJN, “We hope all victims of abuse can find the strength and support they need during their healing process”.

Meanwhile, Judge Chana Lomp, who is presiding over the Leifer case in Israel, has decided there will be no additional witnesses called before she makes her ruling on whether Leifer is fit to face extradition proceedings.

The prosecution was due to deliver its closing arguments to a closed court on Wednesday but the session was postponed due to the coronavirus threat. Concluding arguments will be submitted in writing with the prosecution’s deadline April 7, and the defence April 28.