Josh Piterman was always more interested in sport than musical theatre. But while doing the moonwalk in the school cafe one day, a tap on the shoulder by a teacher changed his mind.

As soon as he started performing, he suddenly realised what he had been missing.

And he has never looked back, running the gamut of musical theatre, starring in West Side Story, Cats, Hairspray, Beautiful and The Phantom of the Opera.

But while performing in his debut role on West End as the phantom, theatres across the UK went dark as the COVID-19 pandemic descended.

He then received another tap on the shoulder.

This time from Opera Australia artistic director Lyndon Terracini offering him the lead role in a new Australian production of The Phantom of the Opera.

“Lockdown created time and space to actually work on things…”

When this production went dark though, Piterman said he was heartbroken. While the closing of Phantom on West End was a gradual process, the cancellation of the show in Sydney proved emotional for the star.

“When it was cancelled originally, that was so heartbreaking. Moving everything out of my apartment in the UK and bringing life here, because I had been given this wonderful opportunity that I was asked to do in January 2021, and then hang around until July 2021, and then for it to be cancelled was a rollercoaster. It was the down of London, the up of the excitement of being cast in this back home in Australia, with my friends and family and Aussie audiences getting to see it, and then a big crash again, and that just broke me,” Piterman said over Zoom from Europe. 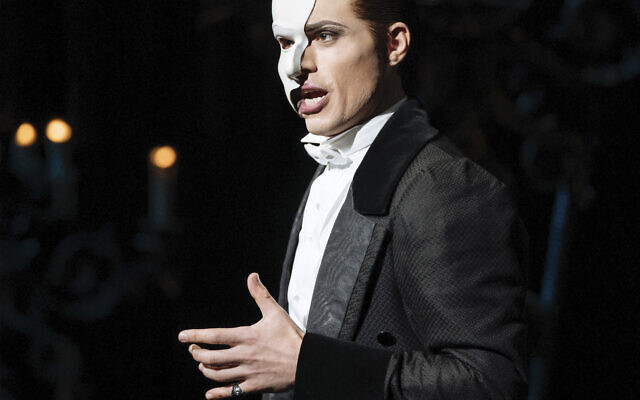 What all the lockdowns have given Piterman, though, is the time and opportunity to finally record his EP, Loving You, which as you can guess from the name, is focused on the theme of love, featuring four very different songs.

“I wanted to explore the world of cinematic music more so than the traditional crossover,” he said, referring to songs like The Prayer and Time to Say Goodbye. “I always feel like cinematic music, especially [composers] like Hans Zimmer who did Gladiator and James Horner who did Braveheart, it’s so lush and orchestral and evokes a similar response. I wanted the songs to feel intensely filmic and cinematic.”

Piterman said he also wanted to explore different notions of love and what love means.

“There are four unique love stories in the EP. One is heartbreak; one is the idea of love being a constant dance between magic and reality; one is that you could possibly find someone in any space, time or generation; and the other one is the idea of looking into the mirror and finding self-love and self-worth,” he explained.

While the list of songs to cover started in the hundreds, Piterman, together with his producer Steve Anderson, managed to whittle it down. Once the duo had narrowed it down to 10, Piterman started experimenting vocally.

“I wanted to test myself, and Steve was very keen to test me on vocal stylings that I don’t really sit in as much, which is more the pop stuff side of things,” he said, before explaining that I Want to Spend My Lifetime Loving You was a true exploration of his voice.

“It’s a duet I’ve done with Aimee Atkinson, who is a big West End star – she’s starring in Pretty Woman and was one of the original cast members of Six the musical – she’s quite poppy and for me, that meant exploring that part of my voice. I can’t wait for people to see that music video, it’s pretty saucy,” he laughed.

When it came to choosing which songs were featured on his EP, Piterman explained that it’s a mix of what he connects with vocally and what spoke to him emotionally. Anderson, he said, was also very supportive of experimentation, encouraging Piterman to play with the vocals, because with exploration, he believed they would find the sound.

Piterman admitted that one song he was very nervous about was Fix You. “How do you play with Coldplay?” he asked.

But Piterman finds a way to make Fix You his own, at one point singing over the top in operatic Italian, taking listeners to a whole other realm.

“I wanted to test myself, and Steve was very keen to test me on vocal stylings that I don’t really sit in as much, which is more the pop stuff…”

“It was a time in my life that I was doing a lot of meditation and seeing the world quite existentially, and so the sound of the song includes things that are probably more akin to what you may find in a yoga class, lots of sound bowls. It’s like Cold Play meets Enya.”

The EP evokes a lot of feeling, not only because the theme is love, but also because of Piterman’s beautiful style and the emotional journey he was on during lockdown.

“Lockdown created time and space to actually work on things,” he said, explaining that he had spent so many years jumping from project to project – Beautiful to Phantom of the Opera.

And now, he has Phantom of the Opera in Australia back in his grasp, with the production rescheduled to start at the Sydney Opera House and continue to Melbourne’s State Theatre, although he admits he has parked all thoughts of Phantom until he arrives in Australia for the rehearsals.

“It’s very easy to get so excited by this moment, but what Phantom requires from me is an intense level of gravitas,” he said. “I have this excitement, but I also have a feeling of being grounded too.”

Loving You is available to stream from June 24. To listen to Josh Piterman’s first single, Caruso, visit joshpiterman.com.au