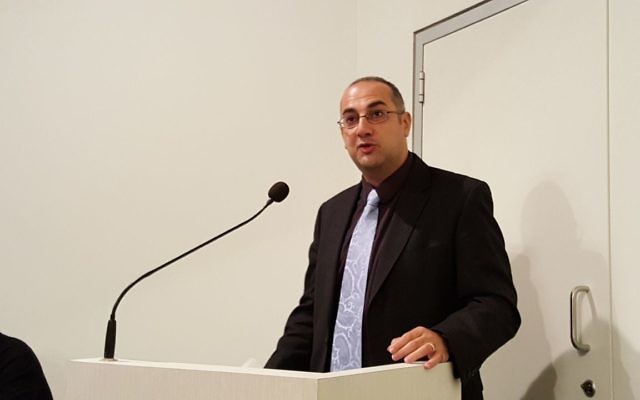 ANTI-SEMITISM is rife in the Arab world, but it is neither inherent in Islam nor a by-product of the Israeli-Palestinian conflict, according to Samuel Tadros.

Rather, the senior fellow at the Hudson Institute for Religious Freedom in Washington, DC, said the world’s oldest hatred was brought to the Middle East by Christian missionaries and then adopted by an Islamic world that has failed both to modernise and to look inward at itself in addressing that failure.

Speaking at the NSW Jewish Board of Deputies plenum recently, Tadros pointed out that as recently as 1917 the Egyptian press was largely pro-Zionist, citing a news article describing Israel as the “homeland of their [the Jews’] ancestors”.

“In fact, when the Balfour Declaration was announced in 1917 … the Egyptian government sent official representatives to congratulate the Jewish community,” he added.

He also noted, “The first anti-Semites of the Arab world were actually Arab Christians, influenced by French missionaries,” adding, “but it was Nazi Germany that then reinforced these ideas.”

Tadros said the German model of unification began to gain appeal among Arab nationalists in a region that had fallen behind the West and failed to modernise, while at the same time, Hitler saw an opportunity to work with the Arab world to further Germany’s agenda. “The ideas of fascism become appealing; the model of a supreme leader who can lead his people out of their misery and catch up with the West,” he said.

“As failure consumes the Arab world – failure to modernise, failure to deliver any form of salvation to the masses, failure to become like the West and catch up, the appealing idea that someone else is to blame, that it is the fault of ‘those Jews’ becomes much more reasonable for people.”

And he had a dire warning: “Unless Arabs and Muslims are able to confront the reality of their world, unless they are able to realise that the reason for their lack of advancement is not some Jews conspiring … and take responsibility for their own lives and their own problems, then there is no hope for them. If people call themselves Arab patriots, it should be their first responsibility to fight anti-Semitism, not for the Jews, but for the sake of themselves, first and foremost.”